About 100 high school students will gather at Wheaton this weekend to attempt to settle a religious war in Africa, lead or suppress a Russian revolution and step into the shoes of American forefathers, at the first Wheaton Model United Nations Conference.

Organized by the Wheaton Model UN team, the April 1 “WheaMUN” conference will bring together teams from 15 high schools across Connecticut, Massachusetts, New York and Rhode Island. The students, who are in grades 8–12, will play various roles in three committee sessions that are based on real historical events.

“The sessions will simulate the Second Continental Congress, from 1776, which I will be chairing; the UN General Assembly, chaired by sophomore Christine Clancy; and various players that were part of the Russian Revolution, which has been impressively crafted and handled by freshman Casey Smith,” says Josh Kelly ’17, who serves as co-head delegate of the Wheaton team.

Since transferring to Wheaton in 2015, Kelly has been working to expand the Model UN program on campus, providing opportunities for engaging and lively on-campus discussions as well as growing the size of the team that travels to conferences at other schools, such as the Five College Model UN Conference, held March 24–26, at Mount Holyoke College.

“The WheaMUN conference has been a way to draw in individuals on campus that have previous interests in history, sociology, world cultures, and more, and expose them to the principles Model UN aims to promote, and the fun that it can provide,” Kelly says.

The senior political science major first joined Model UN as a freshman at Ithaca College, where he was studying vocal performance and music education. His experiences on the team encouraged him to switch to a politics major, which eventually led him to Wheaton’s political science program.

“I enjoy the collaborative nature of many Model UN conferences, and the way it so clearly demonstrates how collaboration is necessary on the international level in order to further peace efforts, curb climate change and overcome other herculean challenges that humanity faces today,” he says.

Casey Smith ’20 will serve as crisis director for a WheaMUN session that explores the months leading up to the Russian Revolution of 1917. The delegates will be split between two committees: one representing the Bolshevik party and the other representing the Russian Provisional Government.

Smith discovered Model UN in high school, recognizing an opportunity to combine and develop her passions for debating and politics.

“The first time I went to a conference, I was hooked,” she recalls. “My absolute favorite thing about Model UN is how you’re able to see the intricacies of problems both global and local; in committee, you discover ulterior motives and you get a sense for how difficult it is sometimes for the UN to function as a coherent body. There’s this intense, hectic atmosphere in a lot of committees, which I absolutely love; there’s never a dull moment.”

The WheaMUN conference will begin with opening ceremonies in Hindle Auditorium. Assistant Professor of Political Science Aubrey Westfall will deliver a keynote talk and then lead a Q&A on the current Syrian refugee crisis. Throughout the day, event organizers will conduct a charity drive to benefit the UN Refugee Agency.

Committee sessions will be held in the morning and afternoon in Meneely and Mary Lyon Hall, with an awards ceremony recognizing outstanding performances capping off the day back at Hindle.

“Hosting a conference gives Wheaton students the opportunity to see the conference experience from the other side of the process. Planning such an event requires substantial organization and research,” says Westfall, who also serves as adviser to the Wheaton team. “It is also a way for Wheaton students to pass on their knowledge, experience and enthusiasm to a younger cohort of students, and to make links between Wheaton and high school communities.”

Kelly hopes the conference, which is open to the Wheaton community, will inspire students to pursue charity and diplomatic work before they graduate.

“It’s a personal belief of mine that an individual can never be too young to make a difference, and I hope that an event of this size, that aims to resolve issues of global prominence, can help further that idea,” he says.

He also hopes the WheaMUN conference will become an annual event—one that supports the college team and allows them to compete at conferences across the country, possibly even internationally. 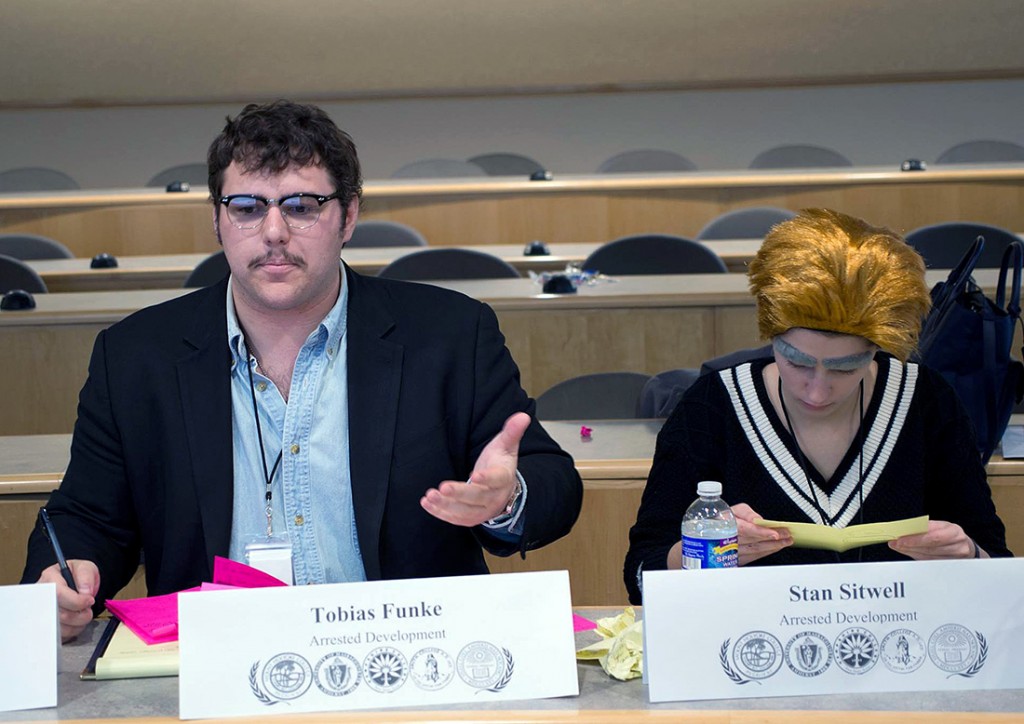 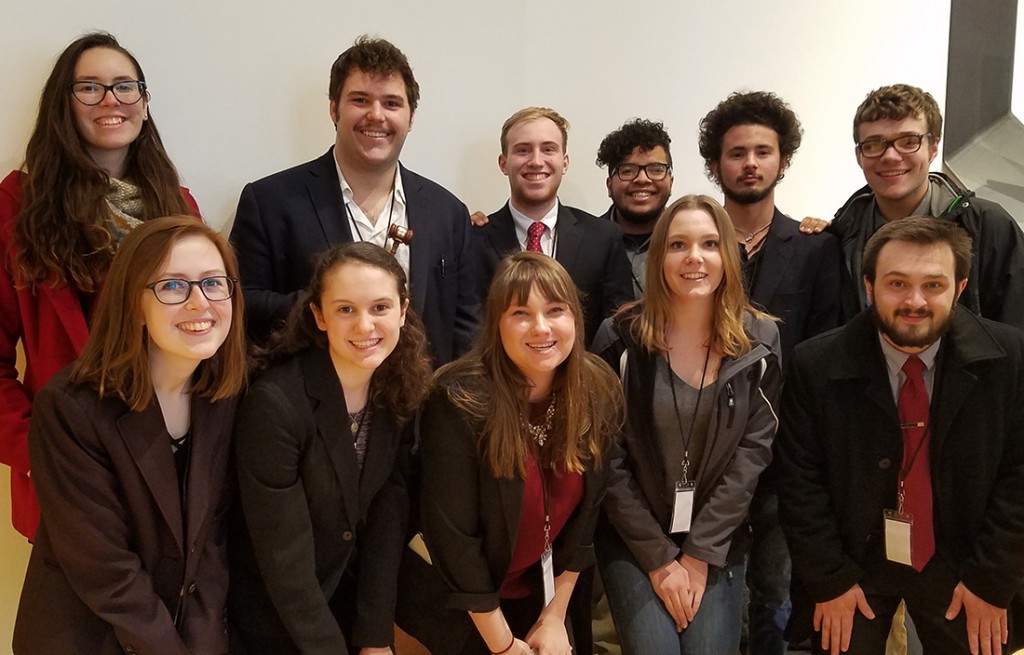 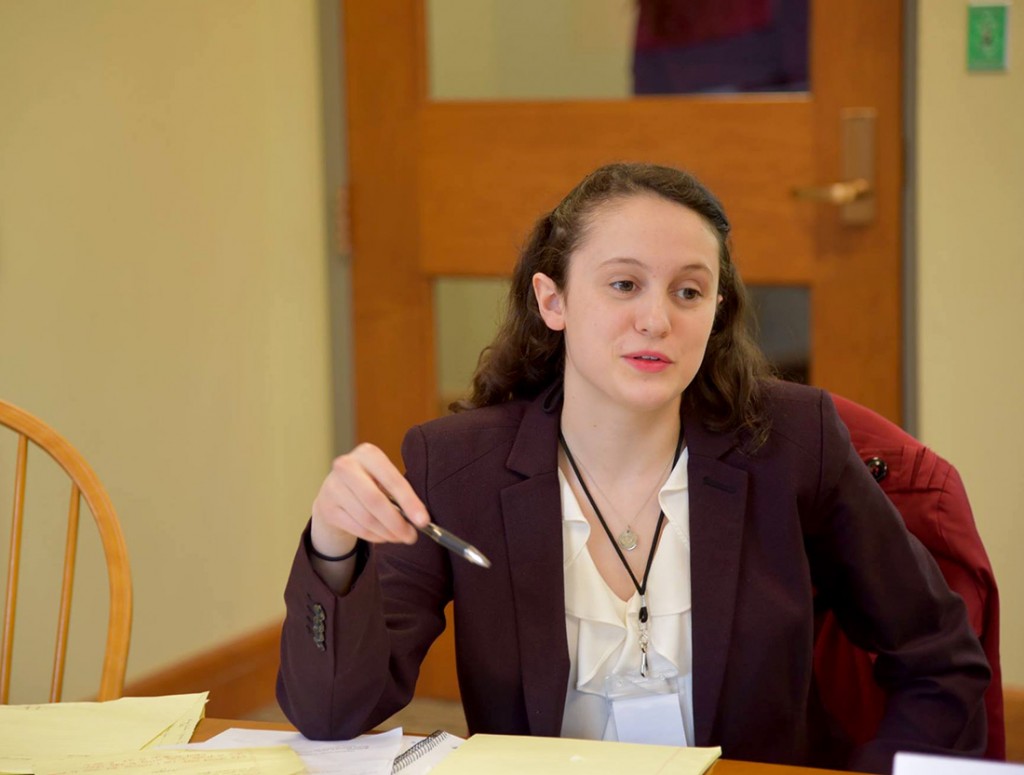