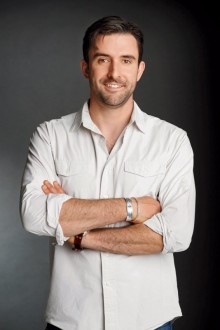 “Don’t take on too much, too soon. Studies show 80 percent of people who lose weight will gain it all back in a given year. That 20 percent of people who keep it off don’t have any magic tricks. They simply stick with their plan longer because they develop habits that become part of their overall lifestyle. The reality is that the best diet and exercise plan is the one you’ll do consistently—you can get in shape doing a lot of different things, eating a lot of different ways. Everything works, just so long as you remain consistent.

Now, how do you build a habit? Start slow. Whenever you go from one extreme to the other, you create a lot of stress for yourself, and the more stress you have the more likely you are to go back to your old ways. For example, going from sitting on the couch eating Doritos all day to eating, say, 1,500 calories a day and working out for two hours is super stressful, and it radically changes your life. Crash diet and exercise plans can surely work in the short term, but what do you do when they’re over? They’re too demanding for the long haul, and they’re just not realistic. The better way: Incorporate one small change into your lifestyle at a time. Do it for two weeks, then add another small change. For example, walk a bit more; make just one meal a day ‘healthy’; cut out sugary drinks; try strength training once a week. By week 13 you will have developed all these healthy habits. And because you incorporate them slowly, you avoid a lot of stress and your lifestyle doesn’t radically change. That allows you to sustain those habits for the long haul.”

“I went into Wheaton as an International Relations major, but then I took Geoff Collins’s geology class. It was my favorite class I’ve ever taken, and it ignited within me a passion for science, the scientific process, and writing (Geoff had us do a written history of the geology of the region). That said, I didn’t want to go all in on a science major. (I feel the same way about the required math courses as I do about going to the dentist.) So I pitched him an independent major that allowed me to mix international relations and environmental science. When I wasn’t taking classes required for that major, I tried to fit in writing classes. Wheaton required that I take courses in different disciplines, and further compounding that was my major, which was a mash-up of disciplines. This taught me to think about the same topic from a lot of different perspectives, and that’s critical in writing a fair and balanced story. I also learned how to scrutinize and understand scientific studies, and write about complicated science. The other huge benefit of Wheaton: Moving from Utah to Massachusetts got me out of my comfort zone, with people who were very different than the kids I grew up with. You don’t go off to college just to take some courses—you also go to learn from, live among, socialize with, see the viewpoints of, and courteously disagree with people who are radically different than yourself. That skill has helped me interview and write about different subjects.”