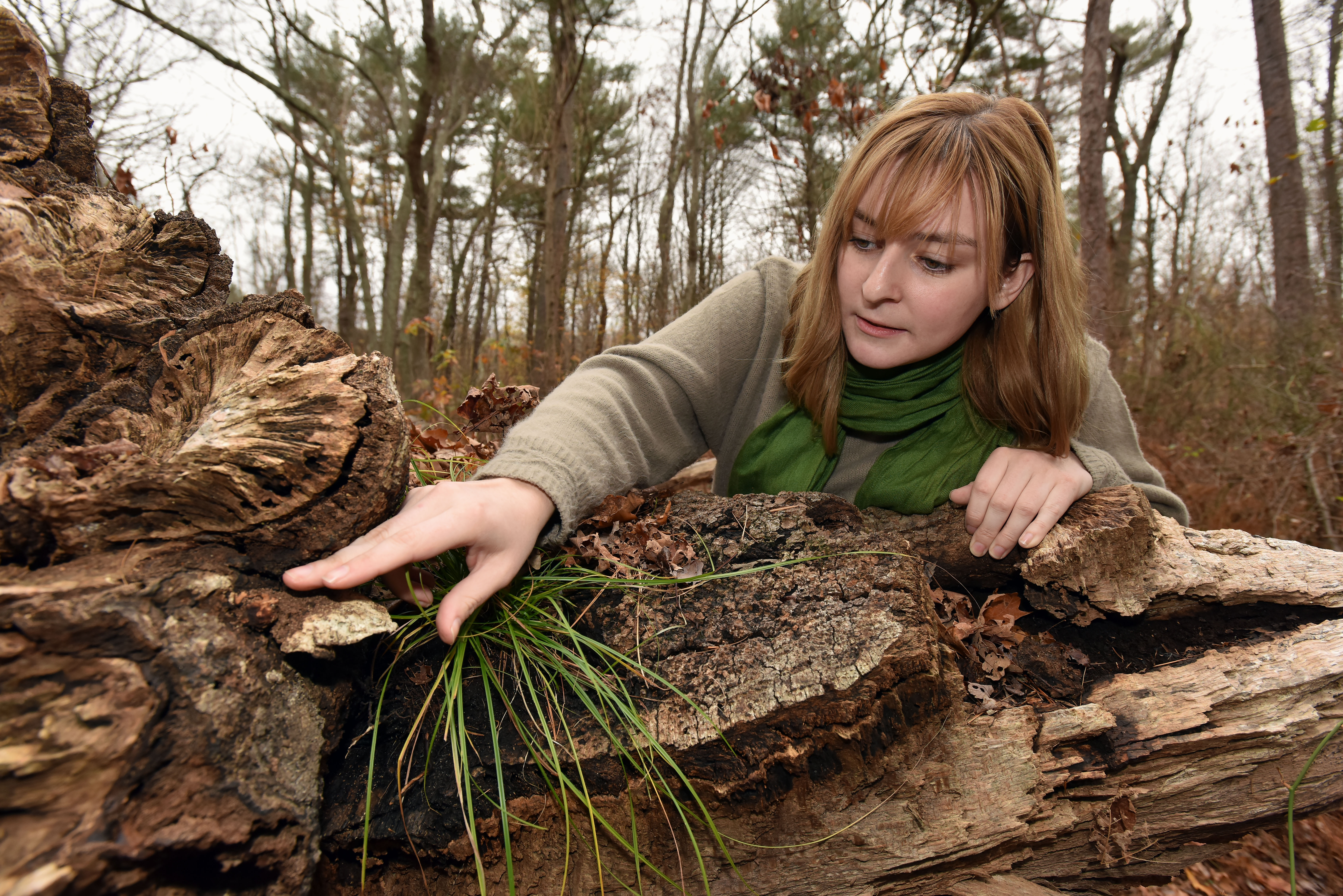 In her case, it’s a love of uncovering clues to better understand the biology of mushrooms.

“Recently, I read a paper about fungi growing on the outside of the International Space Station. They absorb radiation from the sun and mutate at such accelerated rates that there is worry that the fungi will have a negative impact on life upon returning to Earth. That’s the stuff of movies,” Morrissey said.

Researchers know very little about the mushroom kingdom. “The idea of what could be—what’s just waiting to be discovered—is very exciting,” Morrissey said.

For her independent project—which is based out of Professor of Biology Betsey Dyer’s lab in the Mars Center for Science and Technology— Morrissey has catalogued thousands of photos of more than 100 different species of mushrooms.

Mushrooms are tricky to collect, as they do not preserve well and often are quick to rot, or are infested with insects. For her collection, Morrissey takes photos and a spore print, which is essential to categorize species. Deborah Cato, instructor of biology, has served as a resource in assisting with their identification.

“Spore color is largely considered one of the most important features for making an identification, as many species will look extremely similar in other aspects but have different spore colors,” Morrissey said.

To collect a spore print, Morrissey places the mushroom caps on white paper and lets the spores accumulate overnight. By the next day, “the spore colors will be visible, and they’re often quite beautiful, too,” she said.

Morrissey also studies the mushrooms using a dissecting scope. “Geometrically, they’re incredibly beautiful, but they’re also like little ecosystems in and of themselves. The amount of microscopic life you can find in the gills of a mushroom is astonishing, and so much of it looks entirely unfamiliar, like it’s from another world. It’s a really unique perspective,” she said.

Morrissey collects mushrooms from the Wheaton Woods and Norton’s Town Forest. The Town Forest is almost exclusively pine, while Wheaton Woods has mostly deciduous trees. “Different mushrooms grow in association with specific trees, so despite their proximity, the two areas have vastly different species,” she said.

During the fall and spring, Morrissey spends about an hour at a time collecting mushrooms. She already loves hiking and being outdoors, and “mushroom hunting adds an element of purpose to my meandering that is really motivating. Mushrooms are so transient that even walking the same trail two days in a row can be a totally different experience,” she said.

When Morrissey approached Dyer with the idea to collect mushrooms for a seminar writing project on fungi, Dyer was more than willing to help.

“I like fungi too, and I am always intrigued when students have their own ideas about what to pursue in the lab,” Dyer said, adding that the Mars Center for Science and Technology is designed to support such independent projects.

Morrissey said she is grateful to Dyer for being “extremely supportive” and open to providing space in her lab to conduct research. Also, “Professor Cato has provided me with resources to get involved with mycological studies and groups beyond Wheaton,” she said.

The experience of collecting and identifying mushrooms has inspired Morrissey to continue her research post-graduation, which may entail working on DNA sequencing of mushrooms to better classify the various species.

“Fortunately, fungi are relevant in a lot of fields, like medical research and agriculture, so there is also an economic incentive to fund such research,” she said. 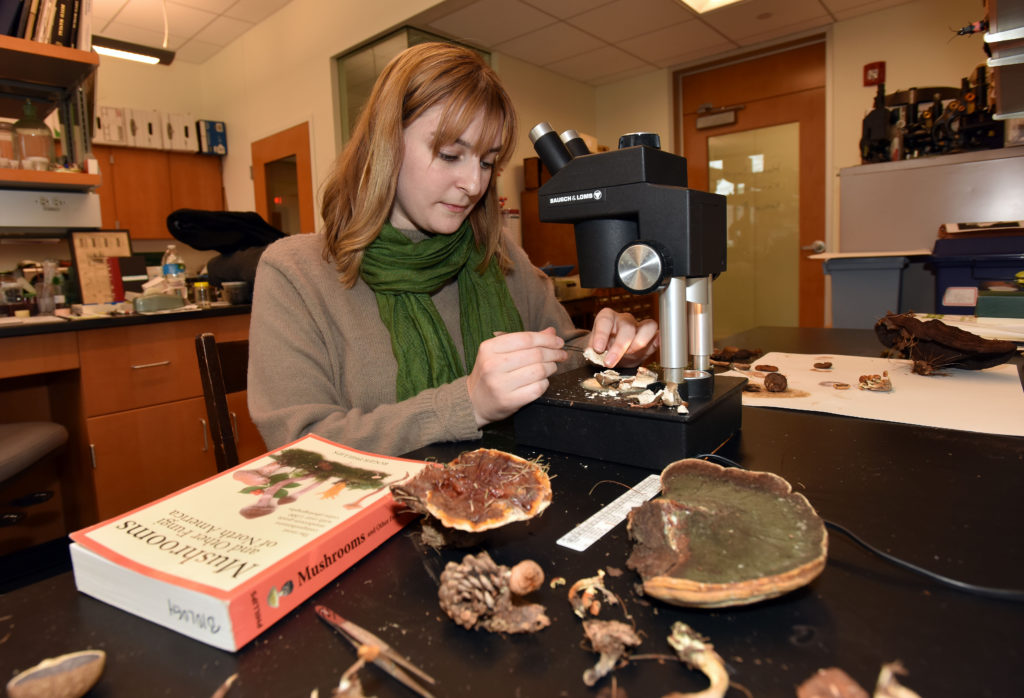 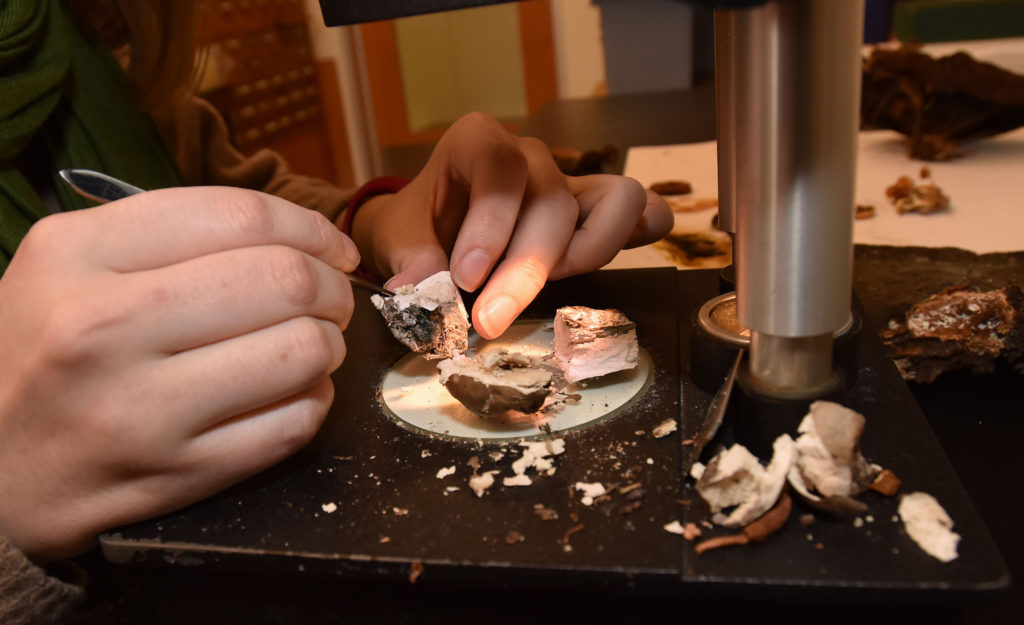 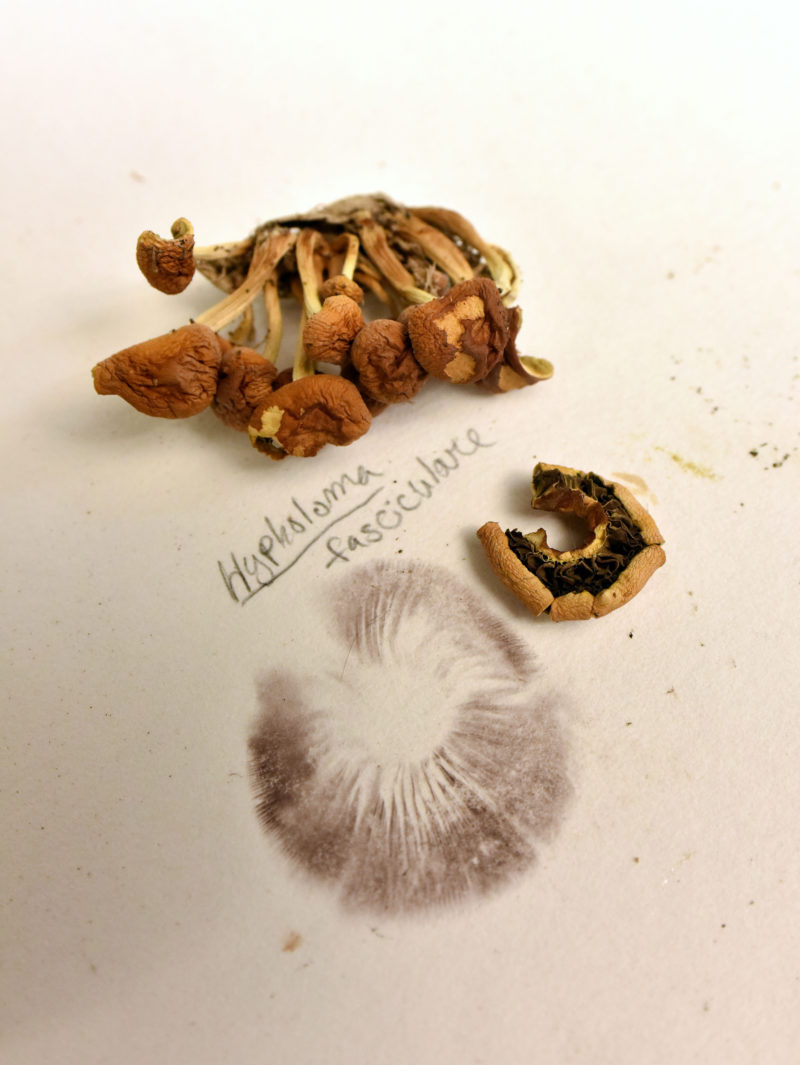