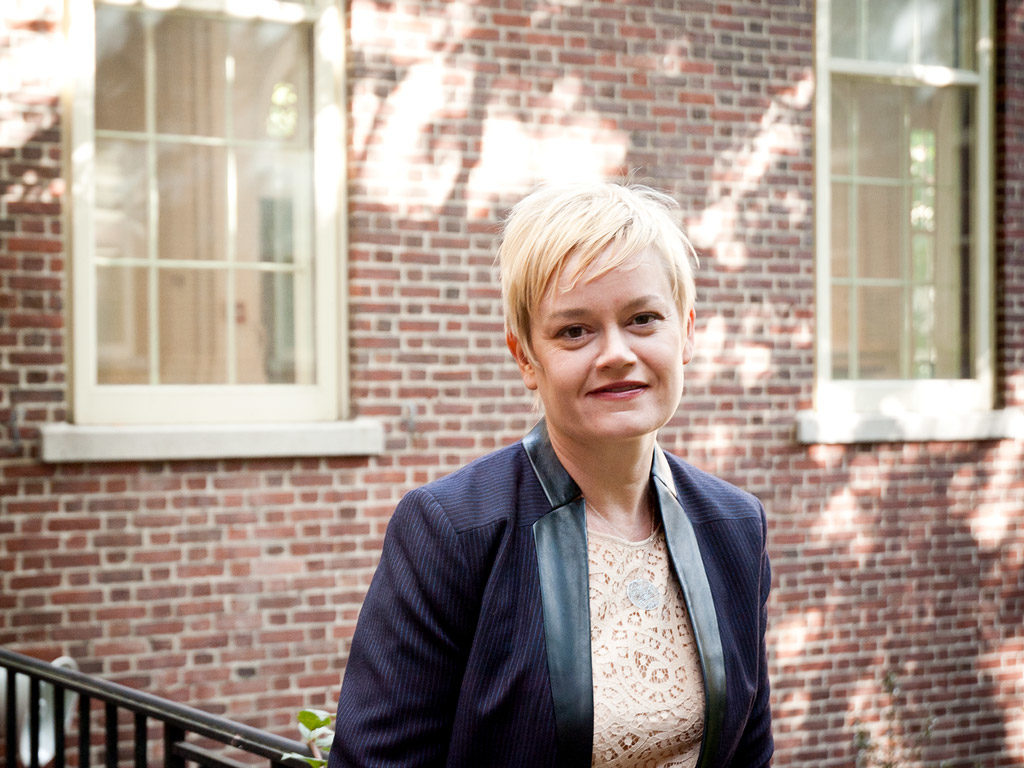 Museum-goers in Zürich and Venice will soon be seeing the work of Associate Professor of Art History Ellen McBreen, engaging with the ideas that animate her classroom at Wheaton College and are explored in her scholarship.

The art historian, exhibition curator and museum educator is involved in shaping three major exhibitions that reflect the influence of African and Oceanic art on the emergence and evolution of modern art.

The first of the shows to open will be “Matisse: Metamorphoses,” which highlights the artist’s sculptural works, following on McBreen’s book Matisse’s Sculpture: The Pinup and the Primitive (Yale University Press, 2014). It opens on August 23 and runs through Dec. 8, 2019 at Kunsthaus in Zurich. Two other exhibitions involving McBreen will be held at the Peggy Guggenheim Collection in Venice—”Peggy Guggenheim: The Last Dogaressa,” running from Sept. 21, 2019 through Jan. 27, 2020; and “Migrating Objects,” from February 15 to June 15, 2020.

The catalog for each show will feature an essay by McBreen, who also is serving on the curatorial advisory committee for the “Migrating Objects” exhibition in Venice. Tripp Evans, art history professor, also will contribute an essay to the book accompanying the exhibition, as well as serve as a curatorial consultant.

While each exhibition has its own focus, all three illustrate the debt that avant garde artists such as Matisse, Derain, Vlaminck, Ernst and Picasso—as well as the artists who followed them—owe to African and Oceanic artworks from that time period and from the traditions of those cultures. The idea that modern art drew inspiration from cultures beyond the West is now well established, said McBreen. 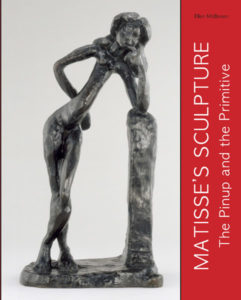 “They were the first generation of Europeans to say, ‘We can actually learn profound lessons from how a carver from the Ivory Coast represents the body.’ So they started collecting these objects,” she said. “This fascination with Africa and Oceania is referred to as ‘primitivism,’ which is a loaded term because the objects are not primitive in any way. They are very sophisticated in every way and the artists knew this.”

The way in which Western artists borrowed from African and Oceanic cultures raises a host of thorny ethical questions, McBreen said. Western art in the 19th century emphasized naturalism and realism, rather than abstraction.

“All of a sudden, you get to the 20th century and you have a radical explosion of art that is completely abstract,” McBreen said. “Where and how and why does this happen in the 20th century? It is appropriation. There’s no getting around that the way that these artists were borrowing from artists from Africa is a parallel to colonialism.

“I use the word ‘appropriation’ because basically what it means is an artist borrowing ideas from someone else. It is fundamental to the history of innovation,” she said. “For example, Picasso has many influences from Africa, from Iberia, from the Louvre—he’s a sponge. He’s using all of that as stimuli, processing it and then making something that is his own. I’m not saying he’s a hero. But every single artist since the beginning of time is borrowing ideas from someone else. That is the history of creativity.”

The complex reality of the way that ideas travel from place to place and from one person to another presents challenges for museums, art historians and for McBreen’s students. She infuses her classes with the questions raised by the past. In fact, this semester she is teaching a senior seminar that is organized around such issues.

“I would like my students to think about the role of art history and what art history has done to help set up boundaries and categories. We think of the world in binaries—West and non-West. We use the word ‘Africa’ as though that could be a single category,” McBreen said. “We need to recognize the ease with which we use geographical and racial labels—because a lot of these geographical labels are an outgrowth of the idea that we can divide the world up into races.”

Museum-goers in Venice and Zurich will have the opportunity to consider just such issues, albeit from the vantage point afforded by the exhibitions with which McBreen is involved.

“Research and teaching are separate activities for me, but everything is connected,” she said. “All the things that I do outside the classroom inform how I teach and vice versa.”