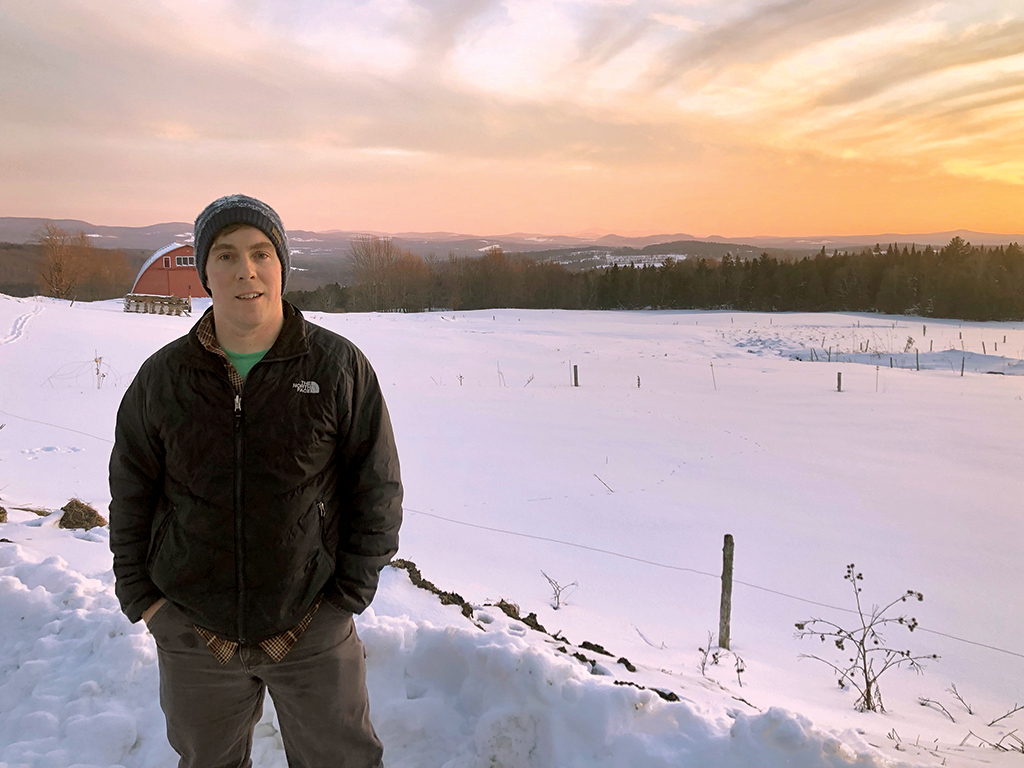 Ryan Kane ’07 grew up outside of Acadia National Park in Maine, and spent summers swimming in the lakes and ponds on Mount Desert Island.

“I never once thought about whether the water was safe or healthy to swim in,” said Kane, who majored in philosophy at Wheaton and received his law degree from Vermont Law School.

Now, in his role as assistant attorney general for the state of Vermont’s environmental protection division, the alum thinks about these issues daily.

“Making sure that others, today and in the future, have the same opportunity I had is what really motivates me to do the work I do,” he said.

Kane joined the Vermont Office of the Attorney General in May 2018. In his role, he enforces Vermont’s environmental laws and regulations. This involves drafting complaints, motions, appellate briefs, legal opinions for client agencies, usually the Agency of Natural Resources, and letters to individuals or companies seeking to bring them into compliance with environmental regulations.

“It is intellectually rigorous and I enjoy it. It is a really great team at the attorney general’s office and chatting with colleagues about new decisions or a particularly thorny legal issue is part of the job that I enjoy most,” Kane said. “As anyone who shared a philosophy class with me can attest, I’m not shy about speaking up or debating difficult topics.”

His philosophy degree from Wheaton helps him daily in his career. In particular, he credits Associate Professor of Philosophy Stephen Mathis’s class “How Judges Reason” with sparking his interest in the legal profession.

“The ability to formulate a cogent argument and express it in a clear and persuasive way is crucial to being a good lawyer and is certainly a skill I first began developing at Wheaton,” Kane said. “Thinking like a philosopher and thinking like a lawyer are not all that different. You need logical and analytical reasoning and critical thinking to both develop your own arguments as well as address the arguments put forward by the other side.”

For his part, Professor Mathis is not surprised by Kane’s success in the legal field.

“Ryan had a razor-sharp intellect and could see into philosophical and legal problems easily and clearly from the very start, Mathis said. “He was the rare exceptionally bright student who could help others with less philosophical talent grasp the concepts and see the distinctions they needed to see.”

Throughout Kane’s career, which includes a stint as judicial law clerk to the Vermont Superior Court, Environmental Division, he has worked to protect the state’s precious natural resources, including Lake Champlain.

Currently, he is helping enforce the state’s Clean Water Act, to help mitigate widespread water quality issues. Part of the law requires farmers to ensure they are following best practices to prevent runoff of agricultural wastes into state waters.

“Our office has also been active working with other state attorneys general in fighting rollbacks of environmental regulations at the federal level,” he said.

“I have had some opportunities to help with that multi-state work, which is exciting because it impacts the whole country and not just Vermont.”