Emerson Hall already had a strong history of drawing progressive women to live there when Lisa Weiner-Mahfuz ’94 and Heather Brown ’94 proposed designating the dorm as one of Wheaton’s theme houses early in their junior year. Previously, students who wanted to live together around a shared interest sought space in the houses along Howard Street and Taunton Avenue.

Brown and Weiner-Mahfuz, who was one of the first students to develop an independent major in women’s studies (the program became an official major in 1997), imagined an expanded living-learning community where residents shared an interest in feminist issues. Locating that community in Emerson would honor the legacy and history of the space.

A close partnership of student and faculty women worked collectively to develop the theme residence, Weiner-Mahfuz said, providing input for the direction and design of it, including two seniors who were already living in Emerson at the time, Stephanie Morgan ’93 and Rachel Lowe ’93, Dean of Students Sue Alexander, professors Hyun Kim and Darlene Boroviak and Provost Hannah Goldberg.

“The name of the house was heavily debated. But we ultimately decided on the House for Feminist Perspectives, because we believed strongly in grounding this project in racial justice and the multiplicity of identities and experiences that were necessary to shape this new community,” Weiner-Mahfuz said. “Many of the early founders of Emerson were women of color, many of whom were queer. Our WOC-led and multiracial perspectives shaped both the challenges and opportunities we experienced as we went through the process of founding the house and engaging the larger Wheaton community in the work that we were doing.”

Twenty-five years later, that legacy lives on in Emerson House—still a theme residence, still located in the rooms over Emerson Dining, and still home to a diverse group of nearly 30 women (open to cisgender, nonbinary and trans students) who share a passion for social justice. The house is Wheaton’s longest ongoing theme residence.

Weiner-Mahfuz now lives in Hyattsville, Md., where she runs a consulting practice, Intersections/Intersecciones, which provides support and training for movement organizations. It’s the kind of work she has done in one form or another since her time living in the house—an experience she says has shaped her path more than any other.

“My early formation as a feminist and racial justice organizer is deeply rooted in this time at Wheaton (particularly because of the gender-balanced curriculum work and the intensity of the transition to a co-educational institution) and in the relationships that I formed with many of the people living in the house. Today, 25 years later, the relationships, organizing skills and commitments to racial justice I made then are a fundamental part of my life,” she said.

Brown, a psychology major, recalls the House of Feminist Perspectives as an active community—each house member would help plan and execute a campus event at least once a month.

“For me, the house is the first time I felt truly involved in something bigger than myself—in something that made a difference and increased understanding,” Brown said. “Some of my favorite memories are of the house’s formal accomplishments like bringing Andrea Dworkin (to talk about pornography and violence against women) and the Boston Women’s Health Collective (of Our Bodies, Ourselves fame), to campus or the addition of a ‘Women of Color’ week within Women’s History Month to increase visibility and learning about the unique perspectives of women of color. We also did great work around sexuality and extending students’ understanding of sexuality and sexual relationships past heteronormativity.”

Brown now lives in East Lansing, Mich., and continues to work in systems change. She is the director of quality and organizational performance for Catasys, a national healthcare organization dedicated to improving the health and wellbeing of individuals struggling with behavioral health and substance use issues. Her daughter, Abbie Sprague ’20, is currently living in Emerson House.

“I really wanted to be an active student on campus, and Emerson House has helped me with that. But the house has also helped me in other ways,” said Sprague, a double major in sociology and Hispanic studies. “Being in Emerson, I am part of a community of intelligent and amazing women who share a mutual support and a mutual desire to constantly grow and learn.”

Among her favorite activities is the house’s annual cookie drive, which takes place around fall semester finals. The students bake cookies in President Hanno’s kitchen to raise funds for a nonprofit—this year, it was New Hope, an Attleboro-based organization that supports survivors of domestic and sexual violence. Other recent events have included a screening of a film about trans women in Puerto Rico and a trip to see an exhibition featuring women artists at the Museum of Fine Arts, Boston, a collaboration with student group ArtHive.

Like Sprague, Emerson House resident Kate Constantine ’21 was interested in being part of a community that focused on social causes outside of campus life, as well as developing relationships within.

“I wanted to engage in dialogue with other people and live in a space where I could meet new people with similar ideologies with me, and also expand my own ideology,” said Constantine, a political science major.

Ramya Chaturvedi ’21, an international student from India majoring in international relations, said she has enjoyed hearing about what other Emerson residents are up to—campus research, summer internships, social justice work—and that those experiences help to inspire and challenge her.

“It pushes you. Being in such an environment, where people are supporting you and encouraging you to do new things, you automatically flourish,” she said.

Current and former residents gathered to celebrate the house’s 25th anniversary at an event held March 30–31 at Wheaton. Although the reunion included plenty of time for catching up and making new connections, the organizers made sure to capitalize on the presence of former house members. They discussed past and current challenges, identified strategic goals and made a commitment to convene an alumnae advisory board that will partner directly with the house.

“I believe it was impactful for current house members to hear directly from alumnae about the challenges they faced during their tenure and to know there are many who are willing to give of their time and talent to support the house as they look to the future,” Brown said. “House members and alumnae alike came away feeling energized for the next 25 years.” 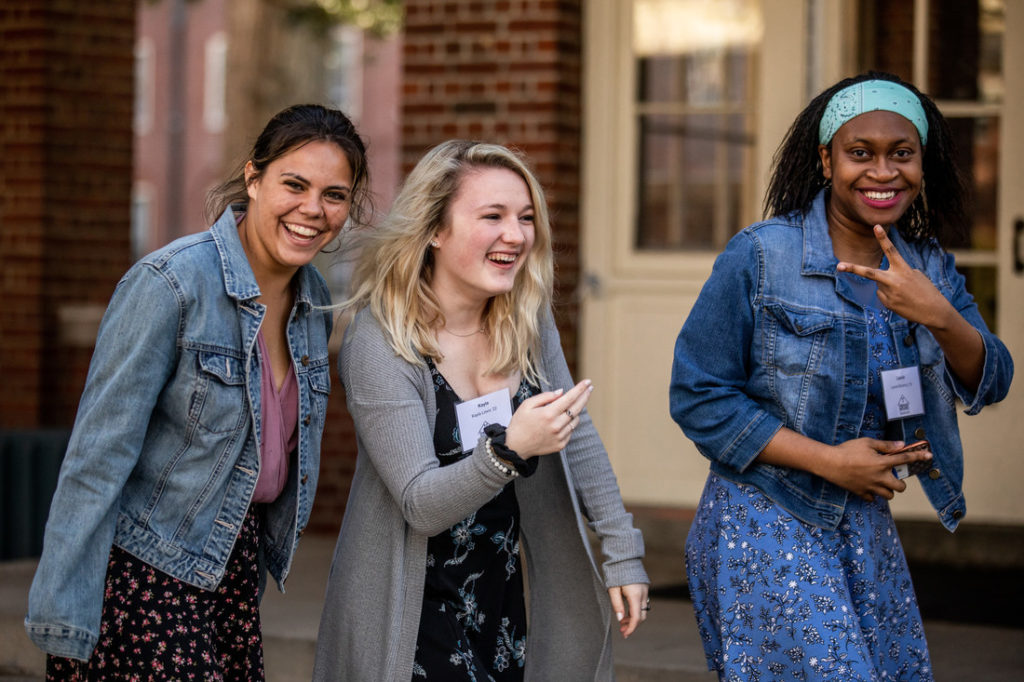 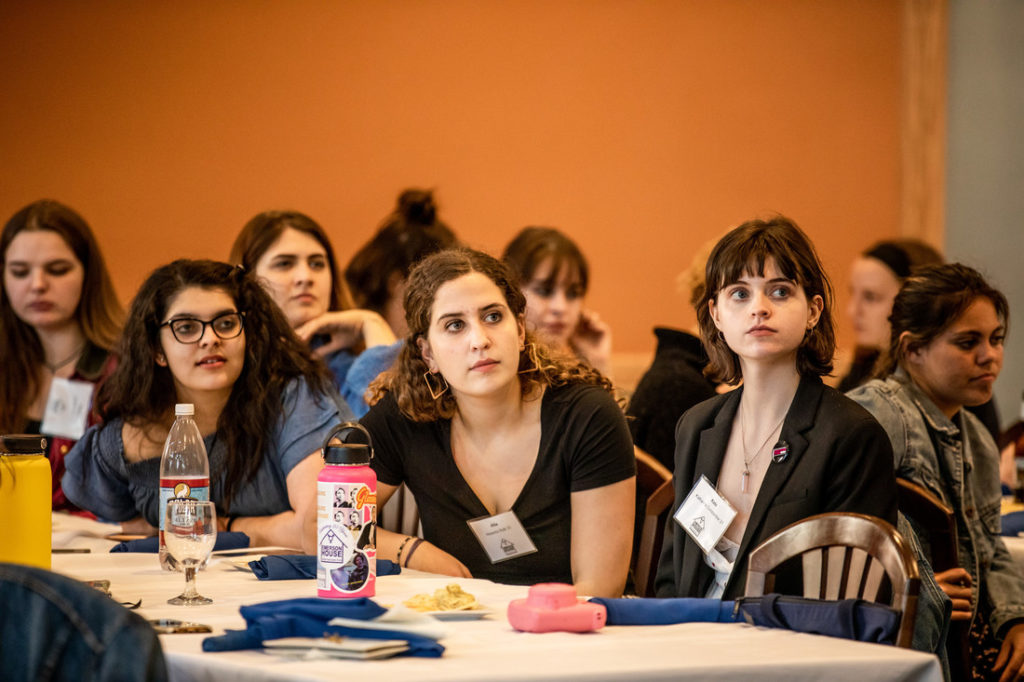 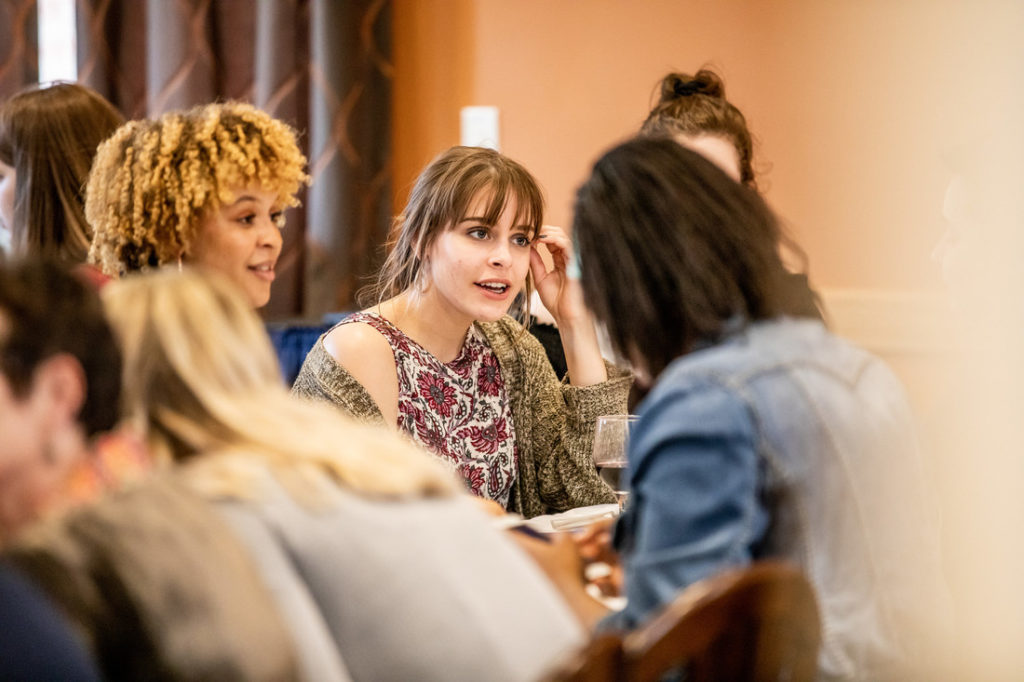 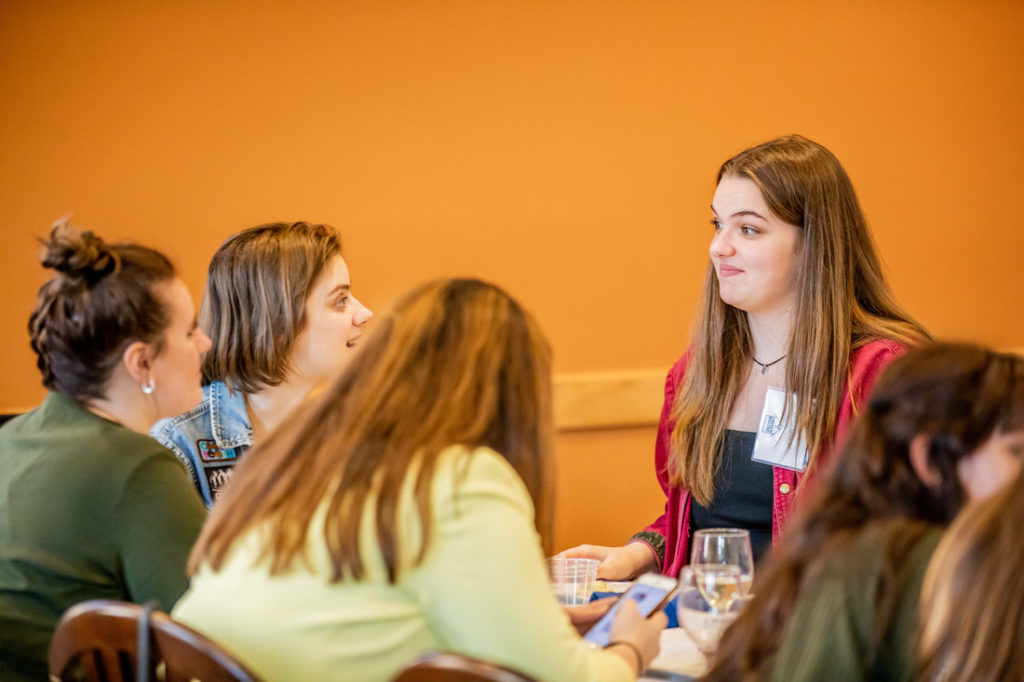 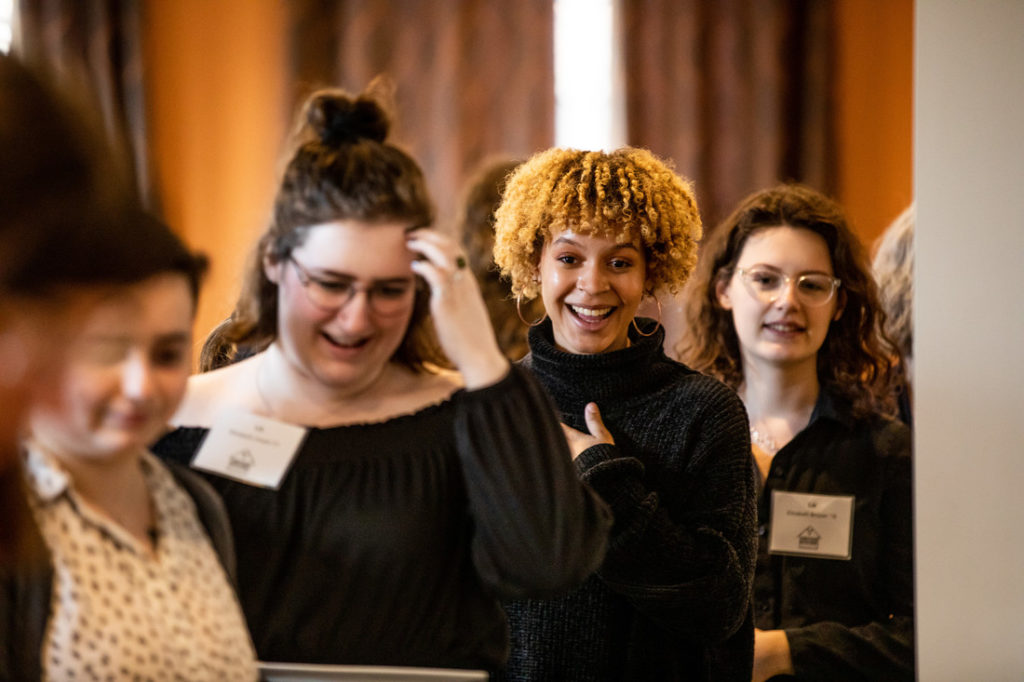