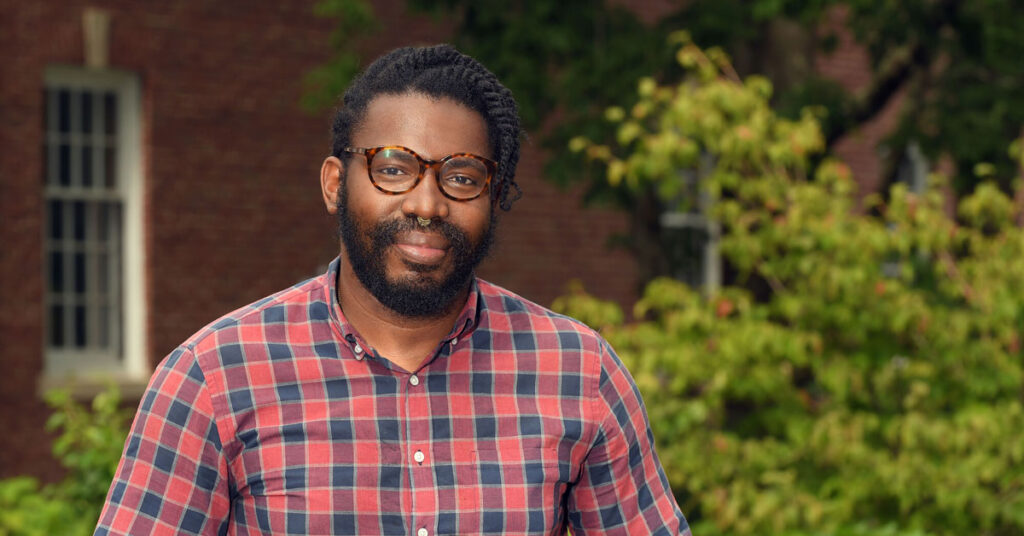 Why I became an educator: “I’ve always valued education, especially outside the classroom. My own K–12 education left a lot to be desired and, by college, it became obvious that education tends to be extremely divergent and inequitable in this country. But the core of curiosity and discovery seemed to remain, even when resources and support were limited. I became an educator for the same reasons I remained a student, because I had questions about everything and wanted to spend more time with people who had the same questions and potentially some answers.”

What led me to my field: “Children’s literature has interested me since I started working in publishing. There were some obvious upward trends in children’s literature and media in the early aughts, especially after the commercial success of the Harry Potter series and the like. Being in an environment preoccupied with emulating the commercial success [i.e., making as much money as possible], but not exploring the cultural components, pushed me back into academia. Also, I wanted to contribute to conversations about the significant lack of diverse representation and maybe challenge that dynamic.”

My current research focus: “My research focuses on power and inequity in children’s and adolescent literature and culture. For me, there’s increasingly a sense that it’s less about visible and superficial representations in media and more about what that representation is doing and how it functions/who it functions for. My research is about considering the earnest potential and power of youth culture in our politics, entertainment and collective efforts to positively impact the future.”

What few people know about me: “Everyone that has experienced it obviously knows, but I’m a terrible singer. Like terrible terrible.”