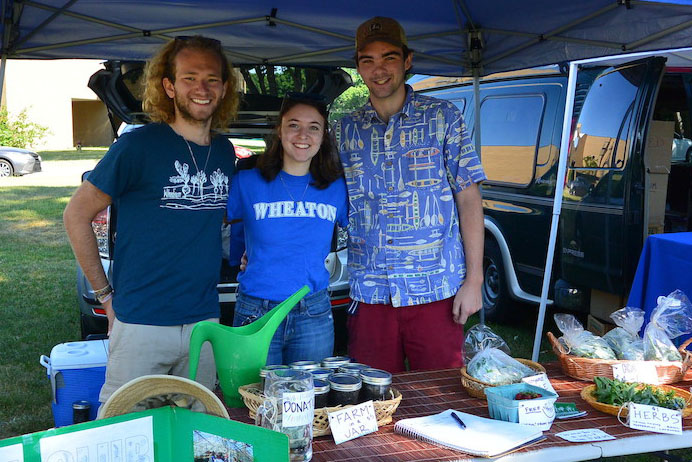 On land: “I took a gap year after high school and spent three months on a kibbutz in Israel. I took a class on permaculture, which is a form of sustainable agriculture, and it was this eye-opening experience of ‘This is what I’m meant to do with my life.’ I really feel connected to the land; I want to be on a farm, and I want to provide food for myself and for my community.”

Starting out: “I wanted to do something with farming, but I didn’t know what that would be. It was during August orientation, the second day, when Dean Emerson [from the Filene Center] did a presentation on undecided majors, and in the last five minutes she mentioned the independent major. Immediately I knew I had to do that.” 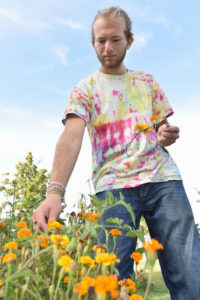 Two sides: “With my major, there’s the food side, the science—what food is and where it comes from. And there’s the society part—what the role of farming and agriculture is in our world, now and in the future. So for science I’ve taken ‘Economic Botany,’ ‘Edible Chemicals,’ ‘‘Evolution and Ecology,’ ‘Cells and Genes’ and ‘Environmental Science.’ Then I’ve taken ‘Feast or Famine’ (anthropology), ‘Smells and Bells’ (religion) and ‘Food and Society’ (sociology). I also took business and economics and ‘Religion and Ecology,” which wasn’t specific to agriculture but about how people connect to the environment.”

Complete education: “I like to tell people that I’m an agriculture major with a liberal arts twist. The education I’ve had at Wheaton I couldn’t have had at a major agriculture school, where there would be soil sciences and plant sciences but I wouldn’t get the social side. From my science courses I have an understanding of what a plant is and what food is, and from the social sciences I have a good understanding of how people interact with food and how our society uses food. Then my summers have been spent doing internships and work on different farms.”

On the farm: “My first summer, I did a cross-country trip through WWOOF [World Wide Opportunities on Organic Farms] with a Wheaton Fellowship. I worked for 10 days to three weeks on five farms in New York, Georgia, Missouri, Texas and Utah. The following summer I was the farm manager here at WheaFarm. Last summer I worked at two organic farms in Connecticut.”

Owning your decision: “There’s a lot of pushback from faculty—in a good way. The biggest challenge was defining what was so special about my interests and my potential major that I couldn’t do it otherwise at Wheaton. The hardest part is the most important part; you are forced to push back and to really narrow down and decide what it means to be an independent major.”