The drizzling rain did little to dampen the energy at the inaugural Lyons Pride 5K on October 25, which raised more than $5,500 for athletics programs through the Wheaton Fund.

Nearly 150 participants came out early Sunday morning to run or walk the campus grounds, including a short trek through the Wheaton Woods, amid peak fall colors. Student-athletes were on hand throughout the course, guiding the runners and walkers along the path and offering encouragement.

“Even with the few showers Mother Nature brought us, the turnout was great, the route was fun and everyone enjoyed themselves,” said Race Director Kristen Turcotte ’99. “The track and field and cross-country athletes were fabulous and I cannot thank them enough for all their help with the setup and along the course.”

The event foremost served as an opportunity to support Wheaton athletics while fostering a sense of community among faculty, staff, students, alumnae/i and local residents. But it also provided an opportunity to thank Interim Vice President of Advancement Marjorie Houston, an avid runner, who is retiring after nearly 14 years of service at Wheaton.

“Marjorie has been such an asset to the college in her time here and truly embodies the spirit it takes to ‘Be the Difference’,” Turcotte said, referencing the race and Wheaton Fund slogan.

An additional 60 runners clocked their miles virtually from all corners of the U.S. For example, alumnae/i Nicolas Cicchinelli ’06 and Kathryn Williams ’06 completed the 5K in Washington, D.C., and Santa Monica, Calif., respectively.

Ann Dodge ’78 tweeted an image of her herself (#LyonsPride5K) in the race t-shirt on a treadmill, as well as a snapshot of the treadmill screen proving that she completed 3.1 miles.

President Dennis Hanno is hoping to take the event up a notch next year, according to Turcotte. “I’m certain we can double the participation in 2016,” she said. 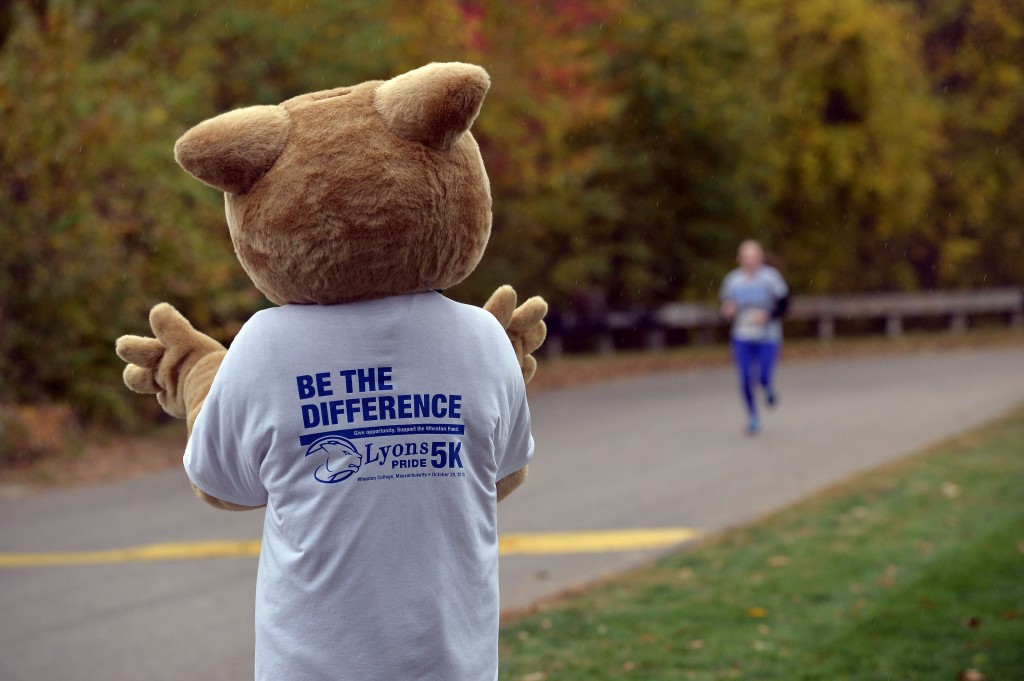 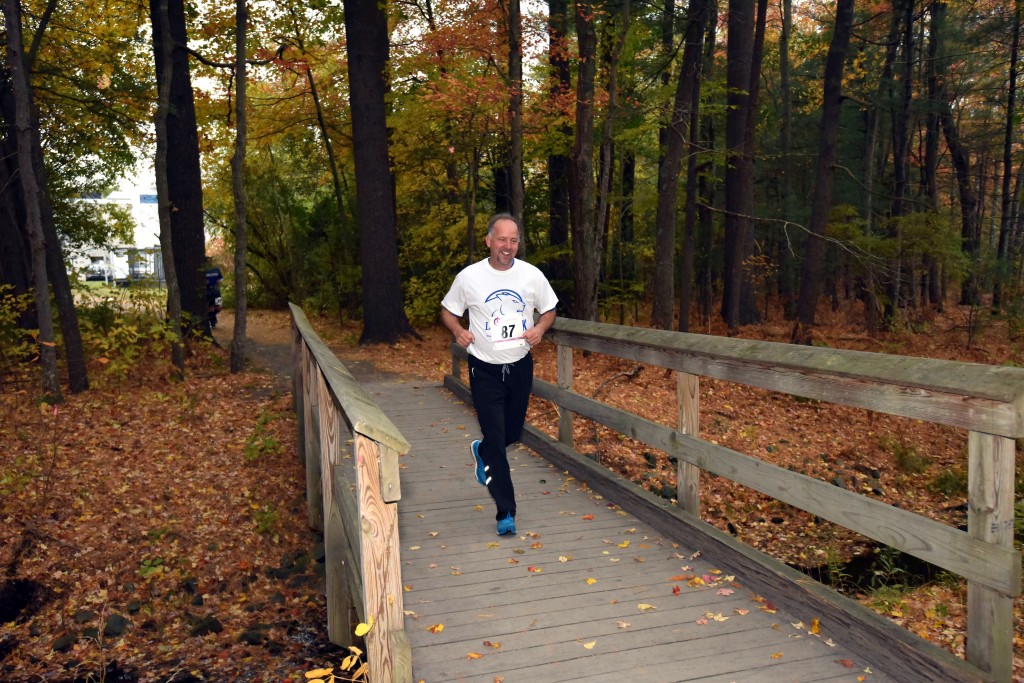 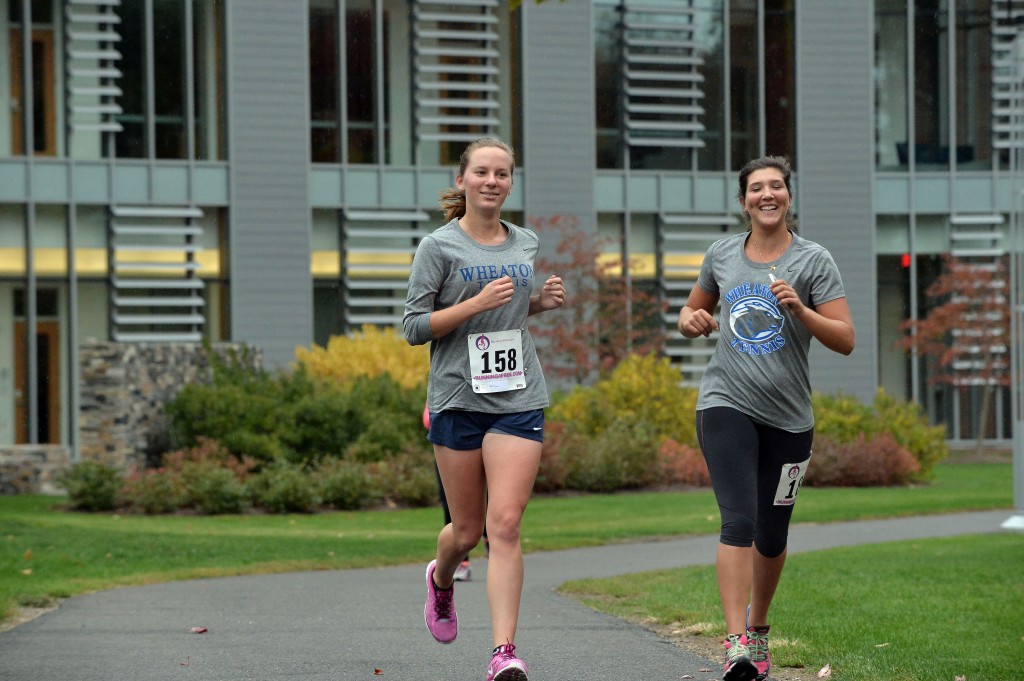 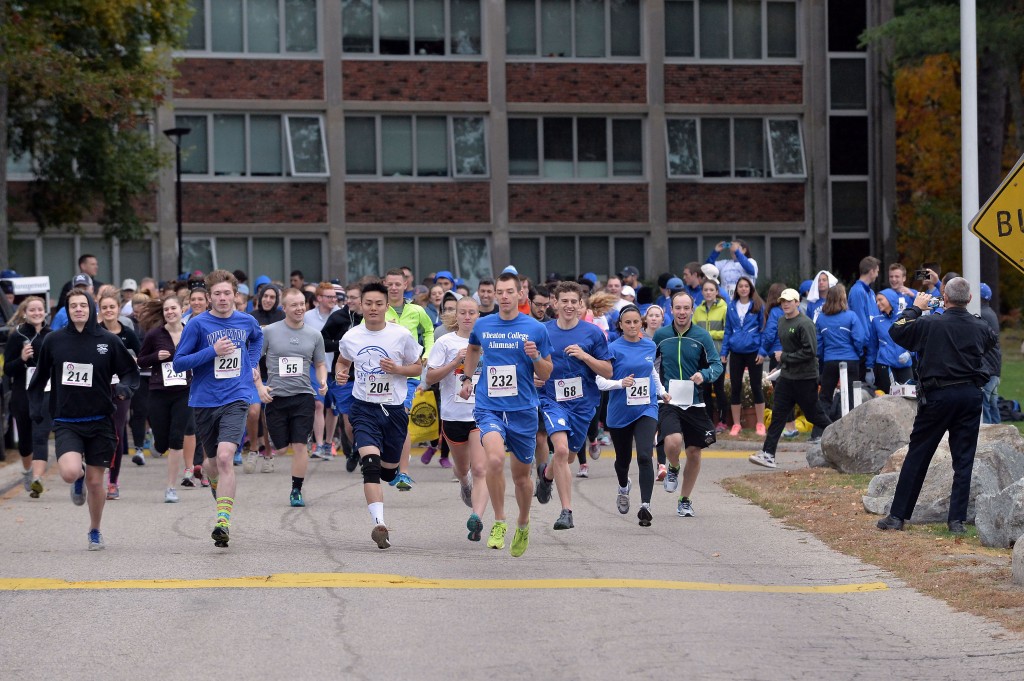