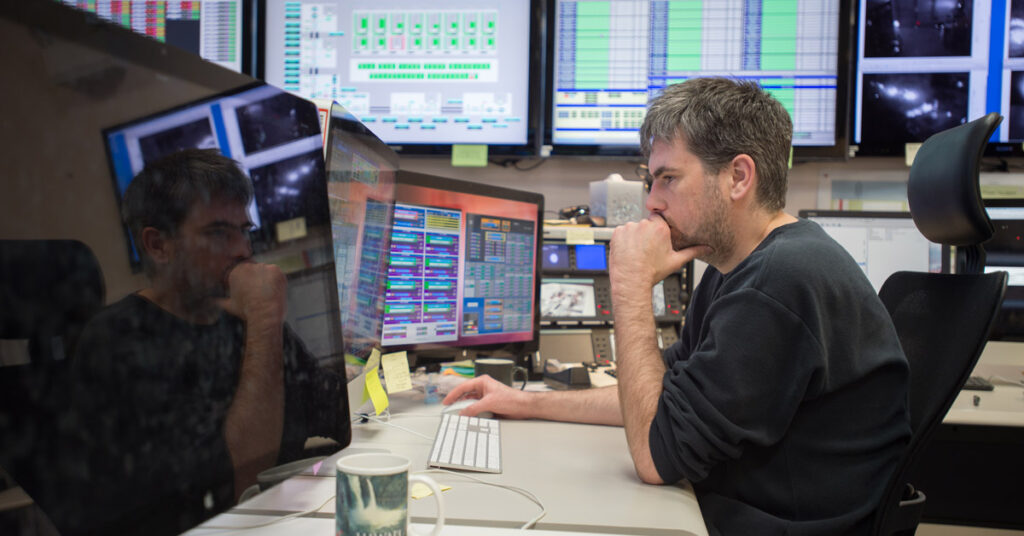 Patrick Thomas ’02—an operations specialist at the Laser Interferometer Gravitational-Wave Observatory (LIGO) Laboratory in Washington state—is working on Nobel Physics Prize research thanks to a connection first made at Wheaton.

Thomas was first exposed to the work of the LIGO project—a collaboration between the California Institute of Technology, the Massachusetts Institute of Technology, and other institutions—when Michael Zucker, a LIGO systems scientist, gave a talk to Wheaton’s Society of Physics Students chapter. A short time later, Professor of Physics Xuesheng Chen asked Thomas if he would be interested in a summer position at the LIGO site at MIT, and he seized the opportunity.

He interned there for three summers during his college career, working on various projects: programming an application to acquire data from a seismometer to identity sources of periodic noise; studying the scatter of laser light from photodiodes (a semiconductor device that converts light into an electric current); and building and installing a small computing cluster, or group of computers that work together as a single system.

“I got the chance to meet a lot of great people, including a number of very friendly and helpful graduate students. This experience played a large role in my application to join the project again later,” said Thomas, who has worked at the LIGO Hanford Observatory located in Richland, Wash., and operated by the California Institute of Technology, for more than 10 years.

Looking back, Thomas recalls the conversation that first piqued his interest in physics.

As a teenager, he had a memorable talk with a scientist he met while maintaining trails in the New Hampshire mountains. They spoke about odder ideas in physics, like relativity. His interest ignited, Thomas took an introductory course in physics before finally majoring in the subject at Wheaton.

“The idea that there are rules to the operation of the physical universe that can be formulated and understood is fascinating to me,” Thomas said.

His captivation by physics continues to fuel his work at the LIGO Lab, which won the Nobel Physics Prize for detecting gravitational waves for the first time. The waves—predicted by Albert Einstein more than 100 years ago—were created by a collision between two black holes.

Thomas, who is among the coauthors listed on the paper announcing this discovery, said his excitement is not related as much to the verification of Einstein’s predication—as this had been confirmed to some degree by less direct means prior to the detection—but on the use of the instrument to study the universe through a radically different medium.

“We now have an entirely unique form of observatory with the ability to provide a view on the cosmos unobtainable by any other means,” he said. “I look forward the most to finding the unexpected.”

As a student at Wheaton, Thomas said he benefited from a number of professors who took time to answers his questions and steer him on the right career path. 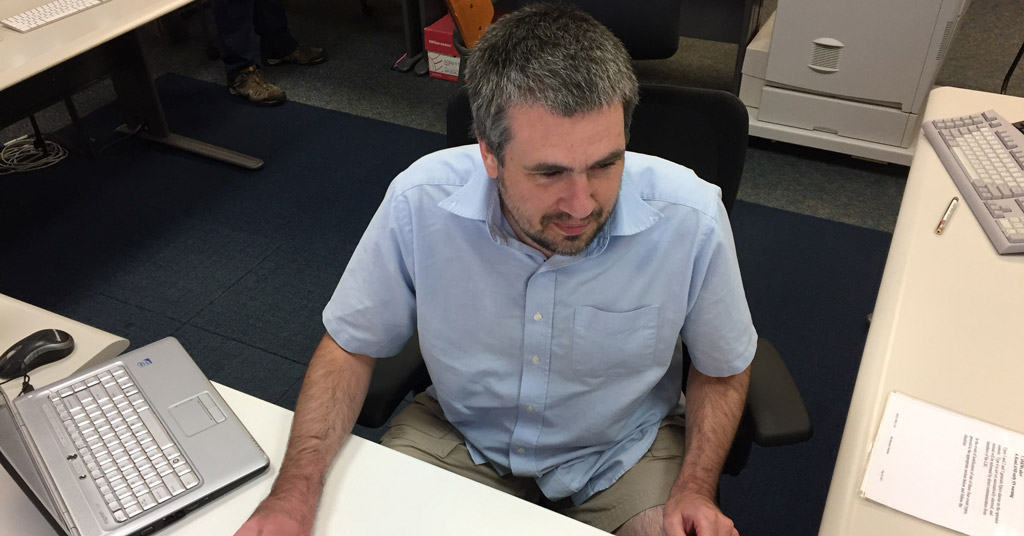 of their normal schedules to work with me. Professor William Bloch responded patiently to numerous questions about mathematical analysis, even after I graduated. When I needed to take courses to fulfill my graduation requirements that were not scheduled to be offered in time, both Professor John Collins and Professor Michael Gousie arranged to provide them as independent studies,” he said.

Professors Gousie, Collins and Chen all assisted Thomas in obtaining employment, he said. Gousie hired him as a lab assistant for his programming courses and Collins recommended him to his former graduate advisor for a position as a contractor for Boston College at the NASA Langley Research Center. And, of course, Chen helped him land the LIGO lab internship that eventually led to his current job.

As an operations specialist, he maintains equipment that acquires data during “observational runs,” when the detectors actively monitor gravitational waves. He also works with the computing group—in particular around interfacing various instruments to the LIGO control system. The majority of his time is spent programming in C, C++, C#, Python, SQL and a programmable logic controller language called Structured Text, he said.

Chen, who remains in touch with Thomas, said that his accomplishment is one that reflects the unending potential of Wheaton students to make their mark.

“Wheaton should be very proud of his accomplishment,” Chen said. “This also shows that Wheaton’s geographical advantage, being near the major research universities in the greater Boston area, provides our students a lot of great opportunities beyond the Wheaton campus,” she said.