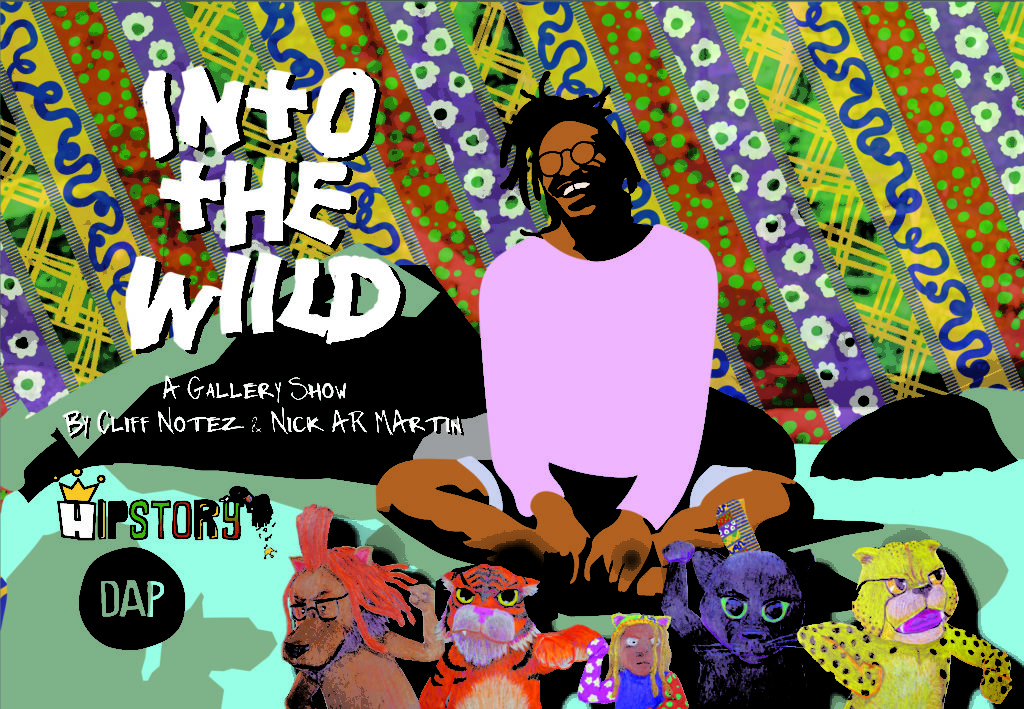 From January 11 through February 9, Bonner-Desravines, a Wheaton College Class of 2013 alum, is presenting “Into the Wild: Answering Why the Wild Things Are” at the Dorchester Art Project, a community-driven art space in Boston. A closing event will take place on February 8 from 7:30 to 11 p.m.

“Into the Wild” is a multimedia exhibition co-curated by Bonner-Desravines and longtime friend Nicholas Martin (Wheaton Class of 2012) that explores trauma and mental health and social justice issues regarding people of color. Some of the themes were explored on the album “Why the Wild Things Are,” which Cliff Notez released in 2019.

“We consider Notez to be one of the foremost renaissance talents around here who is using their own gifts and gusto to broaden opportunities for others as well. … Initiatives like his upcoming show are the kind of group effort the Hub needs, now and always.”

Bonner-Desravines, who was a music and psychology double major at Wheaton, is the founder and co-owner of the multimedia collective and production company HipStory. He won the New Artist of the Year 2018 Boston Music Award for his first solo album.

Some of his early film classes at Wheaton have stayed with him and helped him shape the multidimensional experience of the exhibition, which includes art, screenings and performances.

“One of my first exercises [as a Wheaton student] was the repurposing of found footage to create new narratives, which is the goal of the films that are on display in this exhibition,” he said. “I use that exercise as one of my consistent trademarks, if you want to call it that. Also, Wheaton gave me the opportunity to connect with people like Nick, so much so that we have now been creating art together for well over a decade.

“Professor Shawn Christian came to the show and we had a conversation about a book that he had introduced to me in his class that is still relevant in this very show. The entire show is an examination of mental illnesses, more exclusively bipolar disorder, but not limited to just that. As a double major at Wheaton, my time studying the brain opened me up to a whole new understanding of the world, myself, my work and how they all share several different connections.”

Business for the social good

And the winners are…