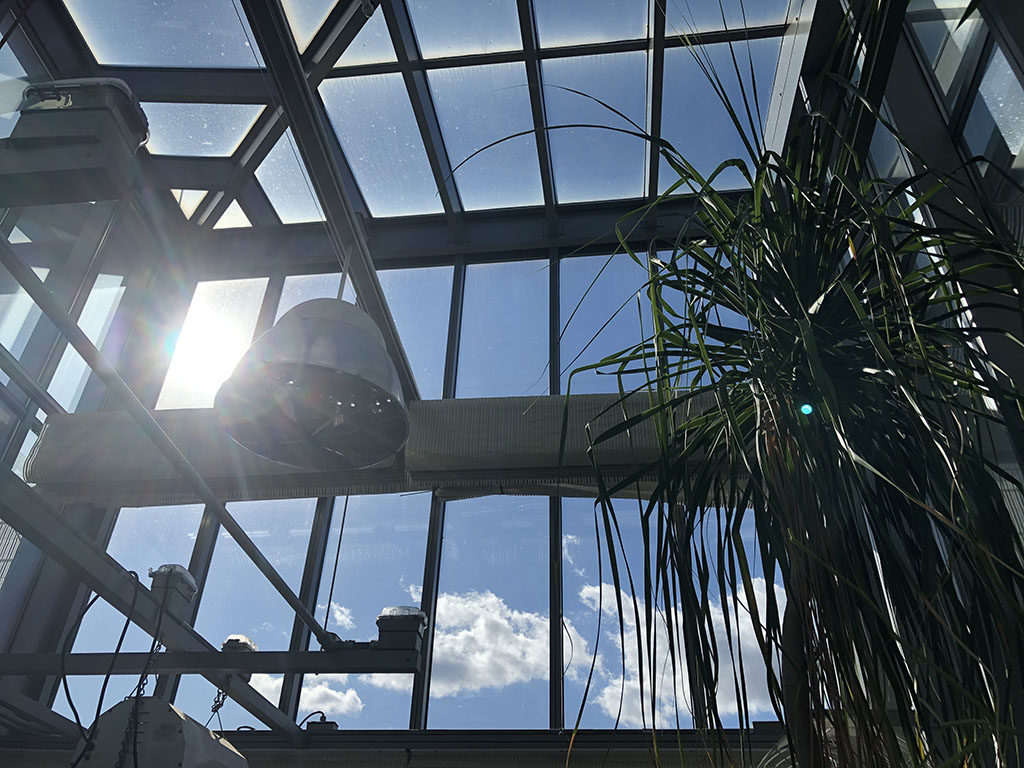 Professor and horticulturist provide peek into the greenhouse

At the top of the Mars Center for Science and Technology, the plants in the Wheaton College greenhouse look like the regular garden variety. However, many of them are lethal (if consumed), extremely rare or just plain weird, including one species with leaves that feel like plastic and once served as a great dinosaur snack.

They all have stories that are fascinating as well as valuable for students conducting research, faculty teaching a variety of courses and staff members who want to expand their knowledge or satisfy their curiosity.

On Wednesday, October 23, as part of the Faculty Lunch Talk Series presented by the Office of the Provost, Professor of Biology Scott Shumway and Ben Robbins, greenhouse horticulturist (the one who keeps everything alive), teamed up to provide a tour and shared the stories of the plants growing within the rooms of glass.

Shumway and Robbins divided up the tour group and randomly chose plants to point out interesting facts, as they maneuvered around leaves and sometimes thorns.

View a gallery of images from the greenhouse

“Here’s a cool plant,” Shumway said, gesturing toward a towering specimen with a speckled trunk. “Its common name is Corpse Flower, which gives you an idea of what it smells like. When that flowers you will be able to smell it in your office across campus. …Could be next week. Could be 20 years from now. We don’t know.”

The plant you might not want to touch? The Bullhorn Acacia: “I’ve seen this plant growing in Central America in Costa Rica and I would never be able to hold it,” Shumway said, as he safely held a leaf of the greenhouse version. “Because these horns here are hollow inside, it’s a home for ants. The ants will attack anything that touches the leaves. I have been stung by one of these. I was taking a picture once and one of these little …. jumped right on my neck. Stung me. It just kind of burned—for half an hour. When you look at the edges of the leaves, you see little yellow nodules. They are food, rich in nutrients. The ants will harvest those. So, it’s a reward for the ants for protecting the plant.”

The most valuable plant? “ Welwitschia mirabilis. It grows in the deserts of Namibia—nowhere else in the world,” Shumway noted.

The 1,200-square-foot rooftop greenhouse is dedicated to the research and exhibition of plant species native to a variety of climates. The Amazon, Desert, Temperate and Research rooms contain plants from the rainforests of South America, dry forests of Costa Rica, the Namibian desert and other exotic locations. Some plants provide food and spices, while others are sources of medicine and poison. There are even carnivorous ones.

Students taking biology, ecology, genetics and a variety of arts courses use the greenhouse for both independent and course research work. Shumway’s “Botany” classes often come here to compare the diversity of plants, and students in a lab he developed for the introductory course “Evolution and Ecology” have used the entire collection to study plant diversity and adaptation.

“I love the greenhouse. It’s a great space for students interested in botany and biology in general to be able to study plants and the environments that they are able to survive in,” said biology major Tessa Lopresti ’22. “The research room and growing chambers are extremely interesting. I hope to do some research involving the use of those spaces.”

Lopresti, who took the tour, has visited the greenhouse as part of her “Economic Botany” and Bio 111 classes. “In Bio 111, we used the space to study the growth of fast plants. In ‘Economic Botany’ I have been able to see plants in the same family as the one I’ve written a research paper on and, soon, we will be making info cards and studying plants that are in the greenhouse.”

Other students coming here during the fall 2019 semester include those in the “Genetics” course, taught by Visiting Assistant Professor of Biology Matthew Moreau, who are growing and cross-pollinating Brassica rapa to learn genetic inheritance patterns. Students in “Evolution and Ecology,” taught by Professor of Biology Betsey Dyer, with lab instructors Susan Barrett and Deb Cato, are working on seed bank research in which students took soil samples from various locations around campus to see what plants sprout in different soil types.

Professor of Classics Joel Relihan, who also took the tour, said he was struck by how complex yet fragile the mechanics of a greenhouse are. “The greenhouse isn’t just where plants live so they can be studied; it’s where, by great effort, they are kept alive.” he said.

Tours of the greenhouse are open to the campus community as well as the general public. 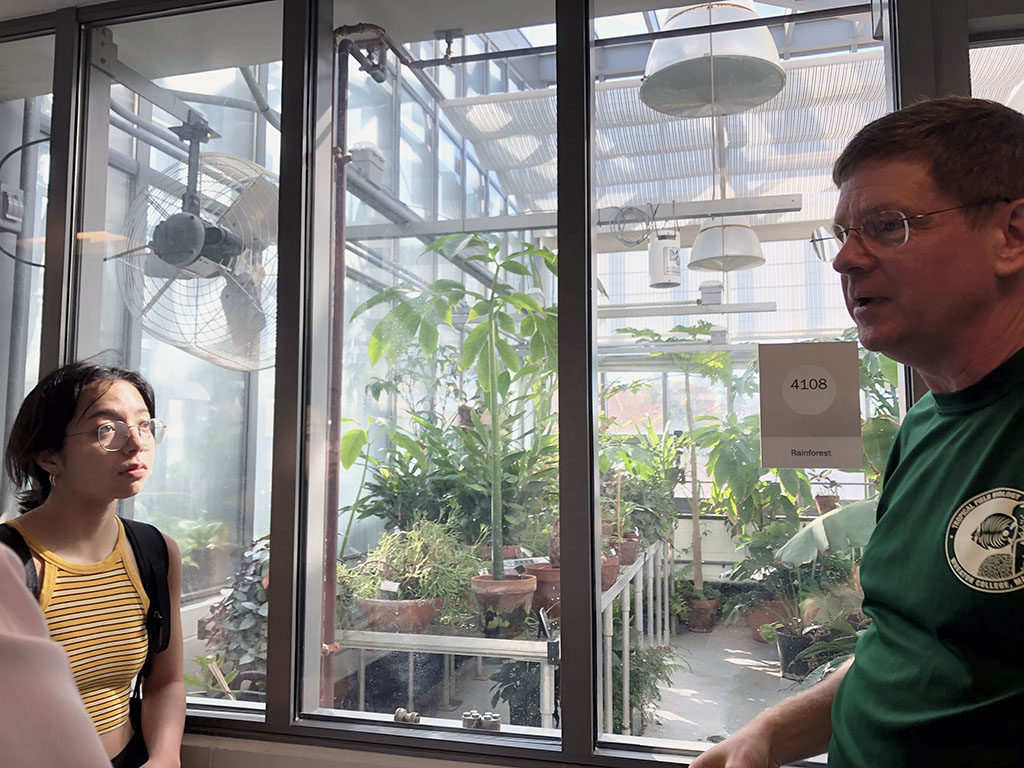 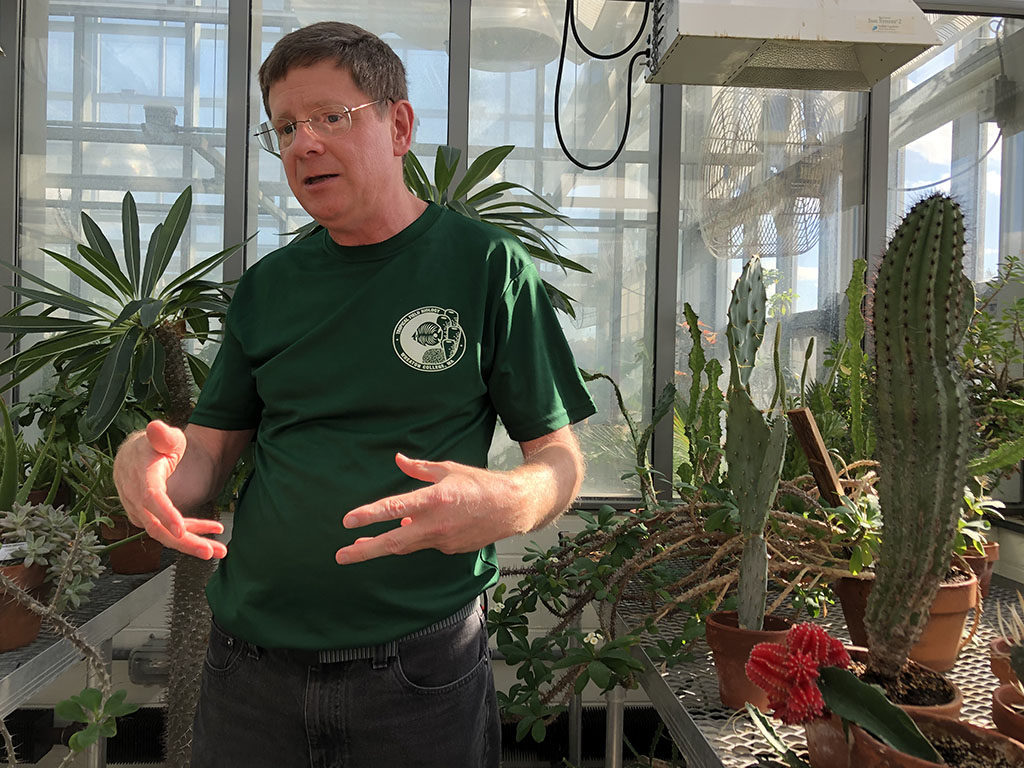 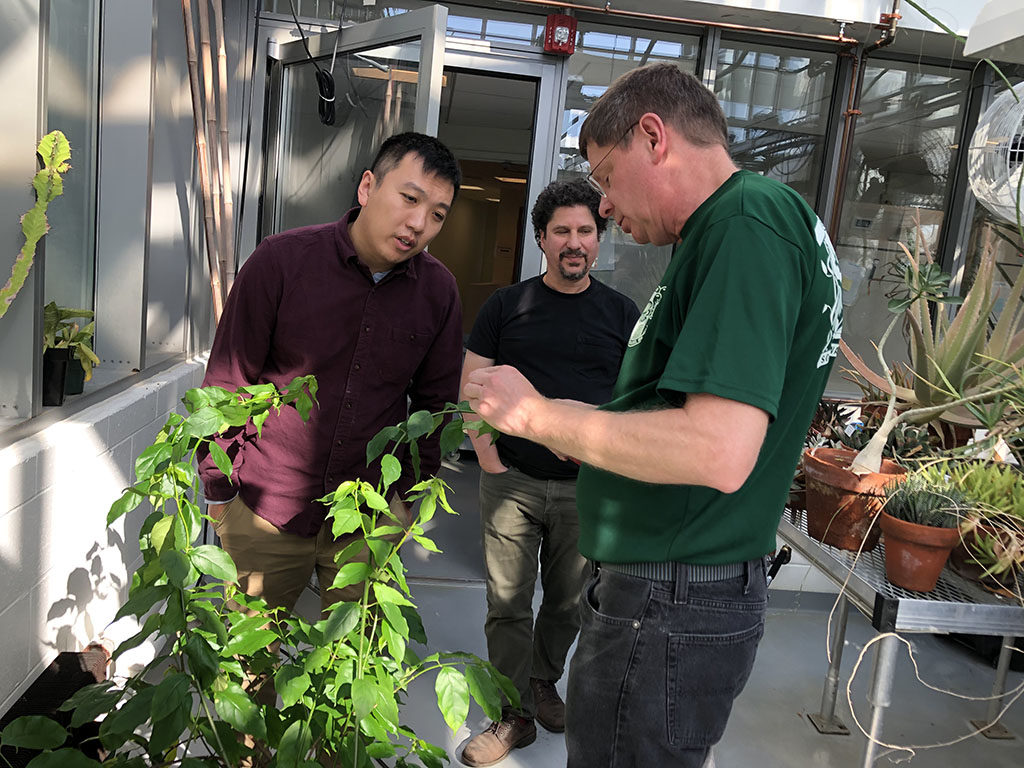 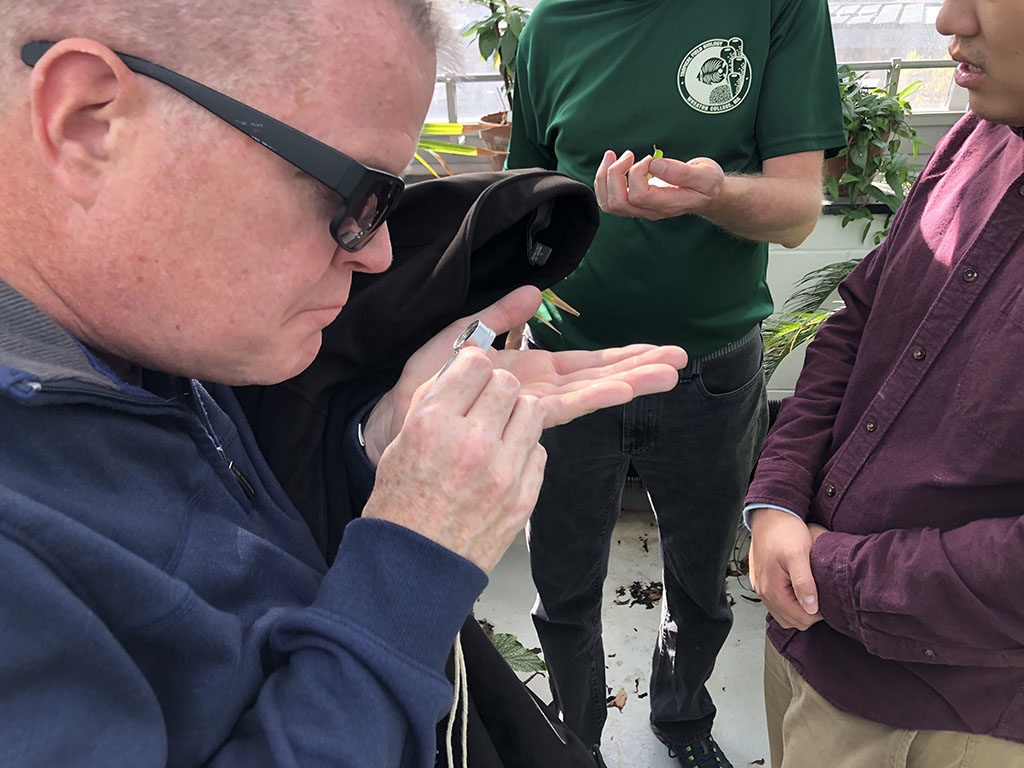 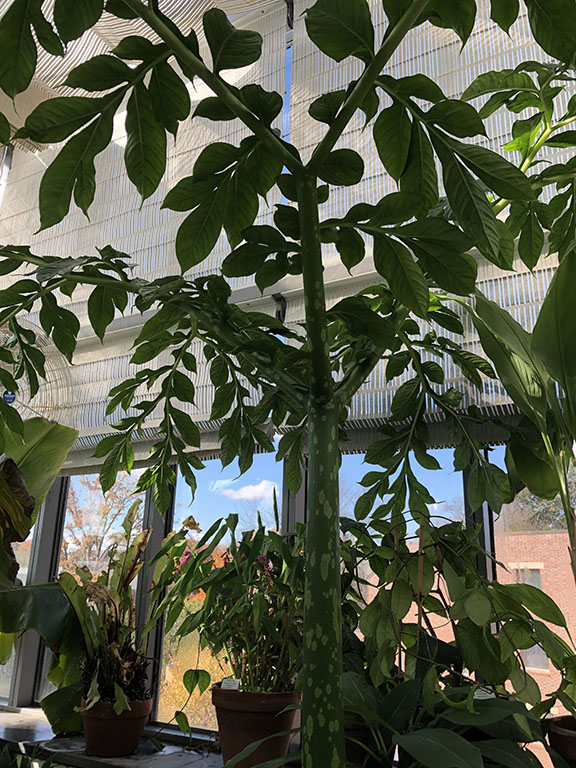 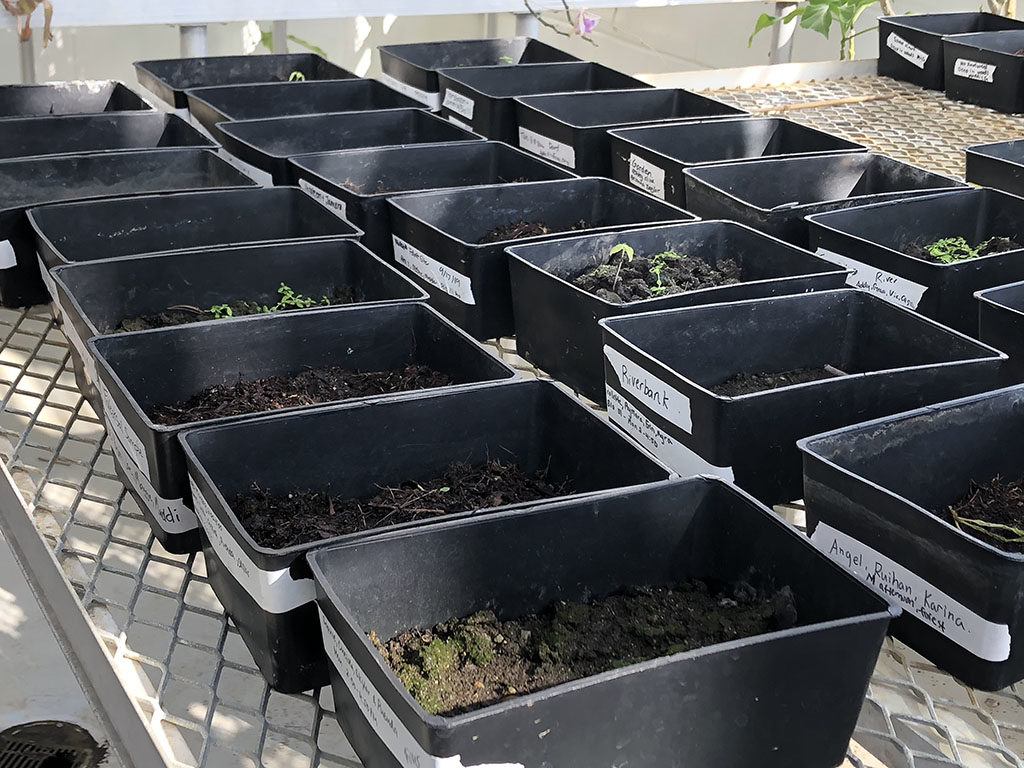 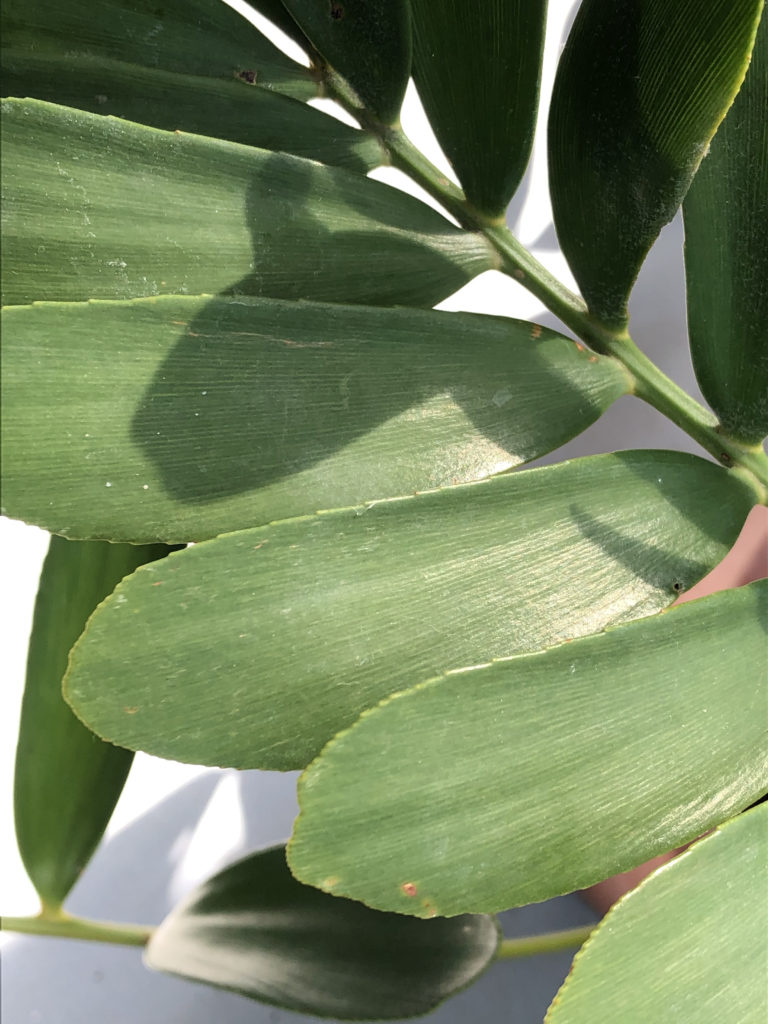 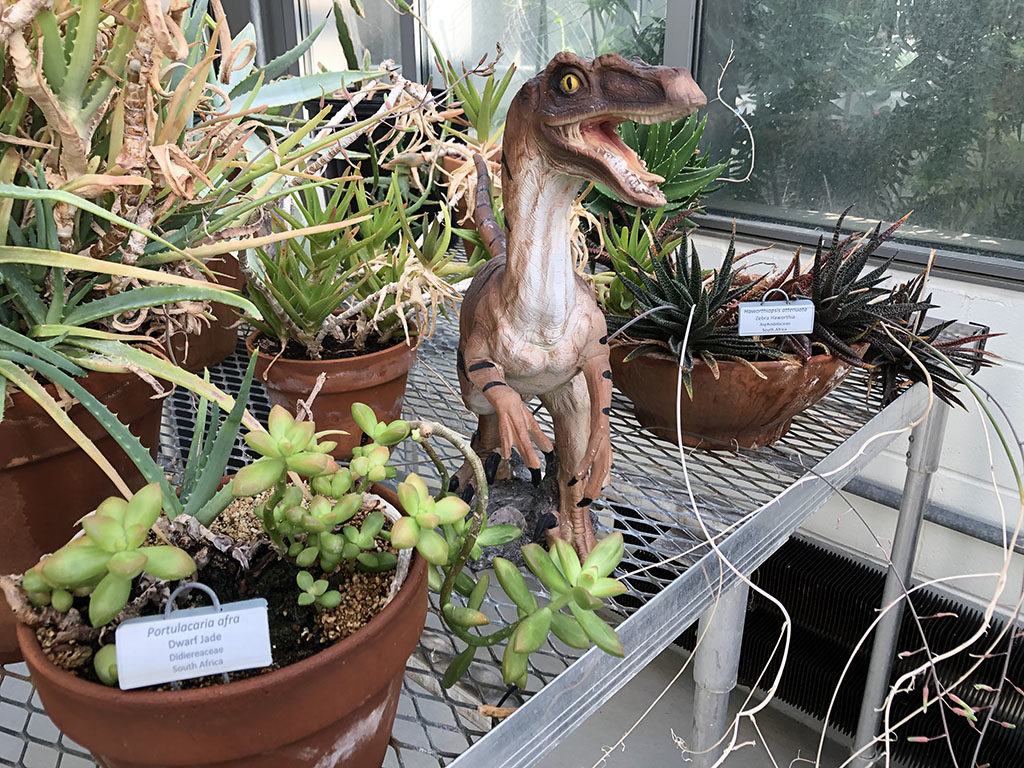 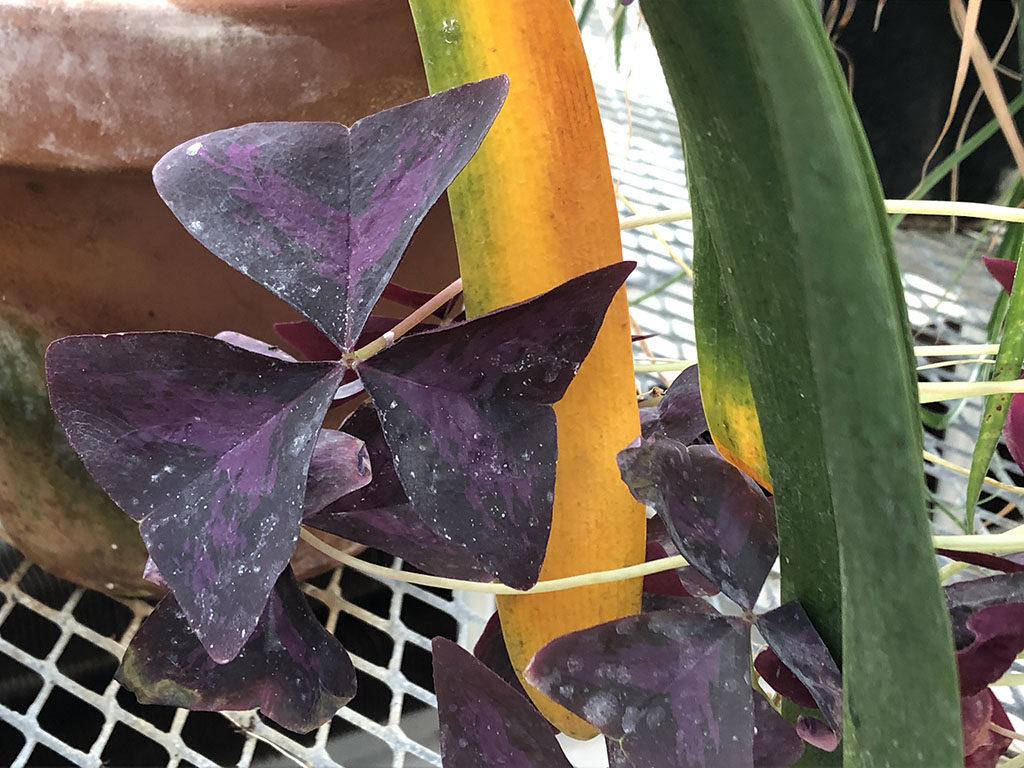 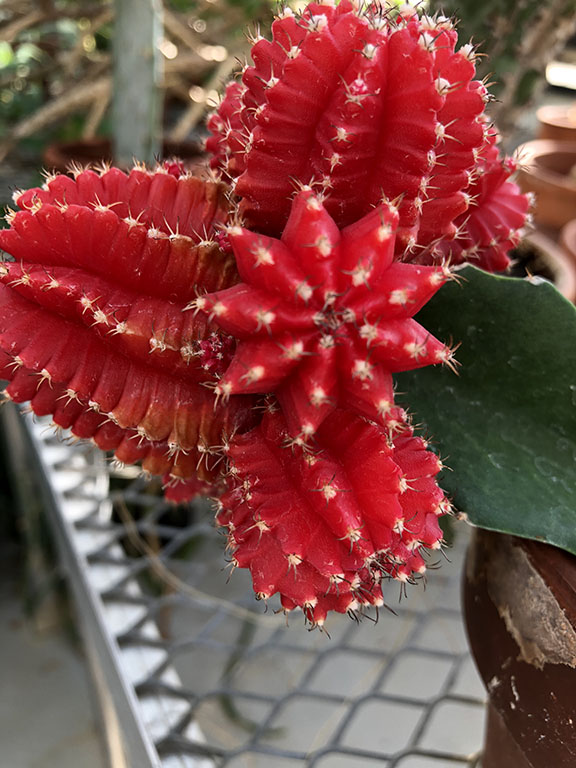 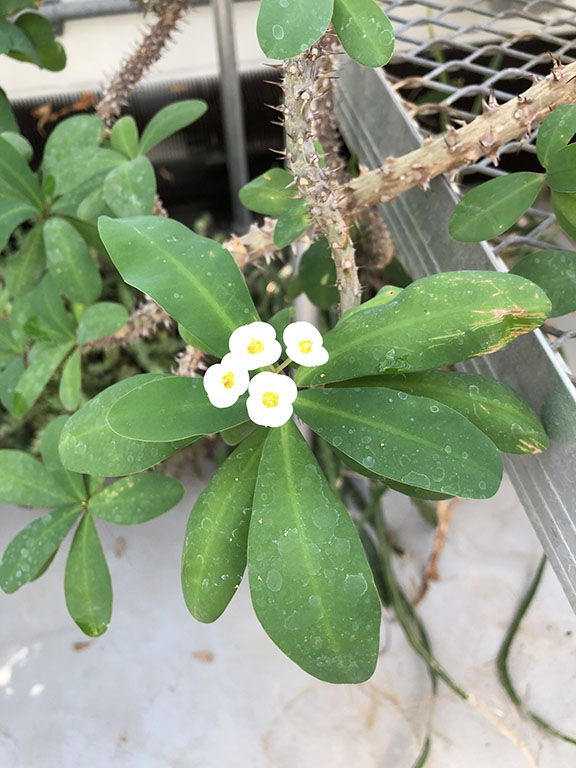 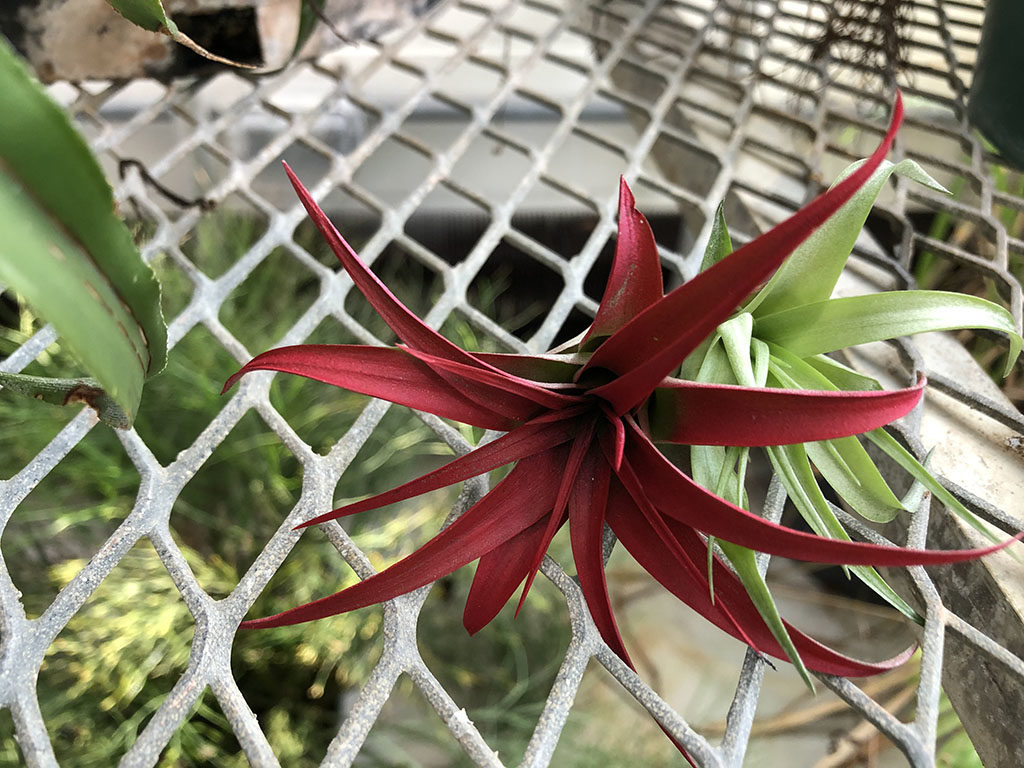 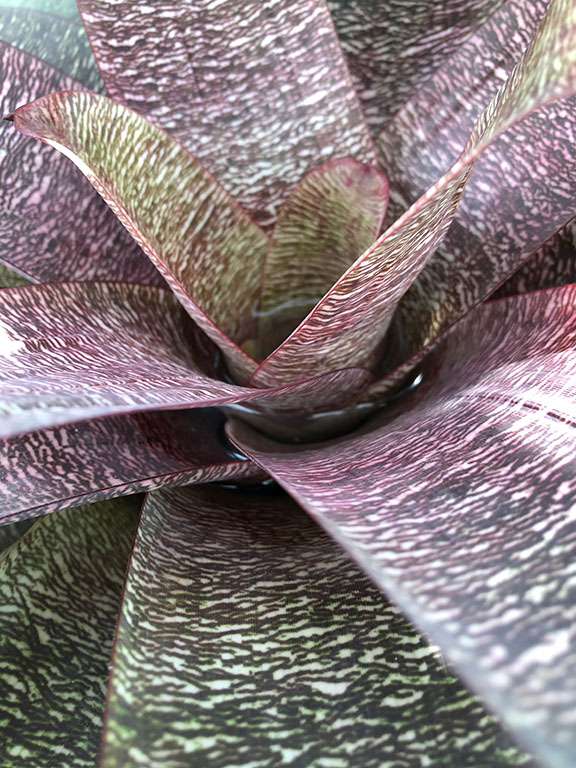 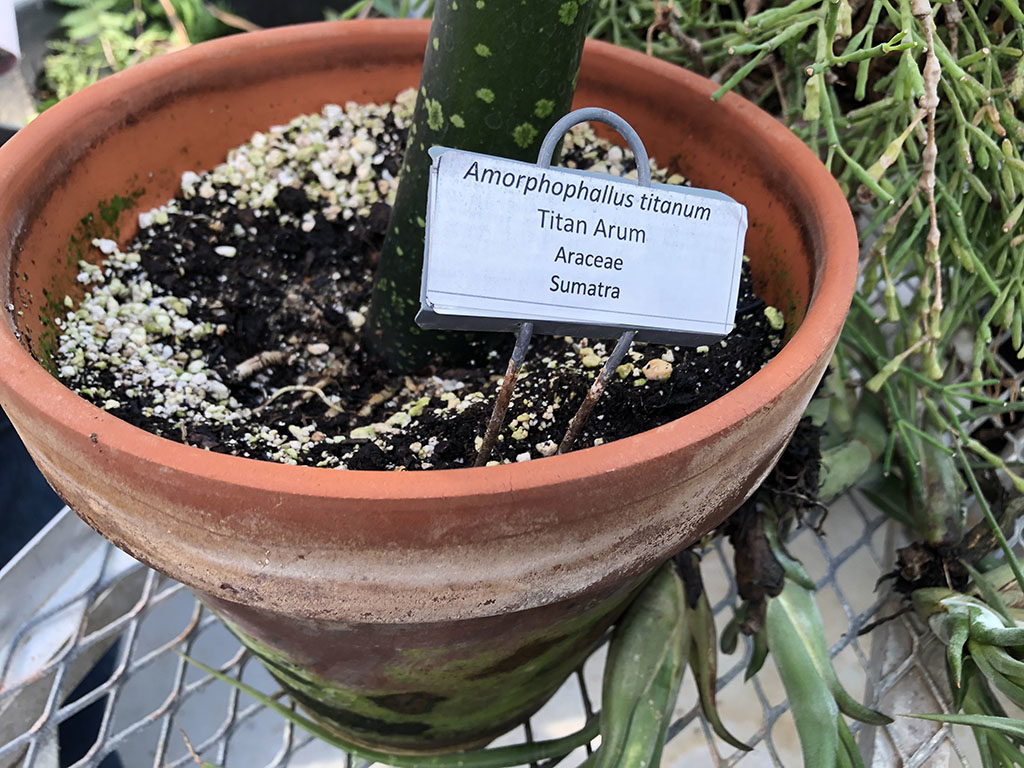 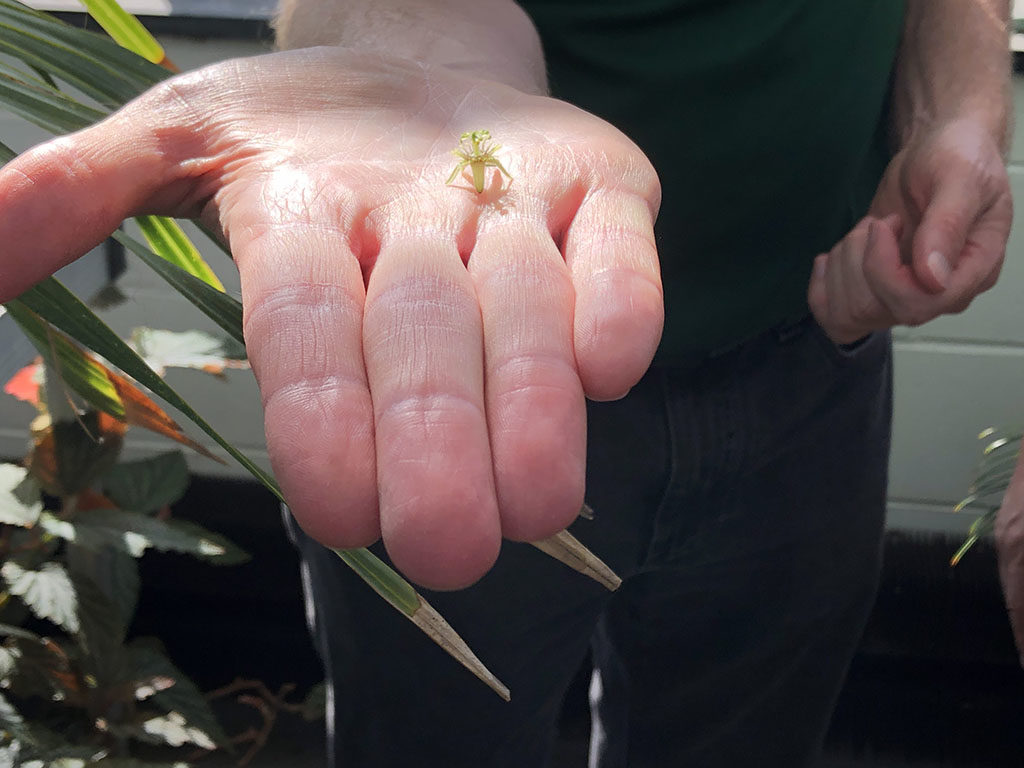 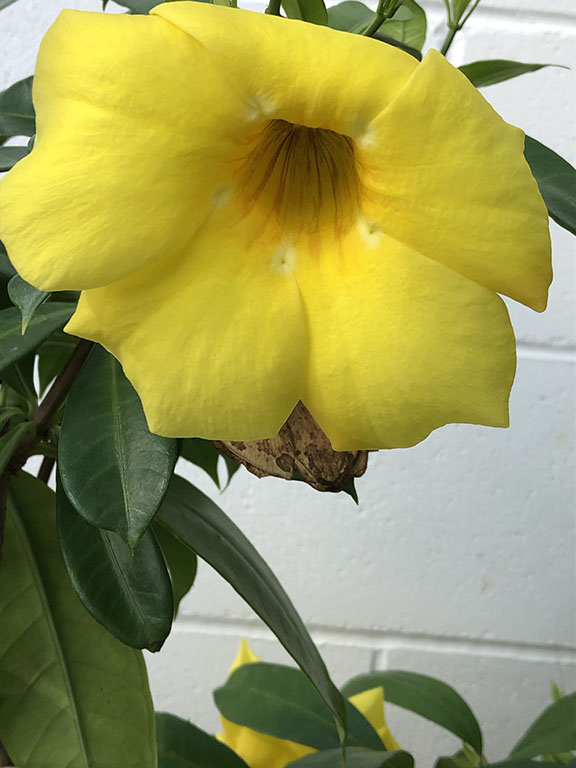 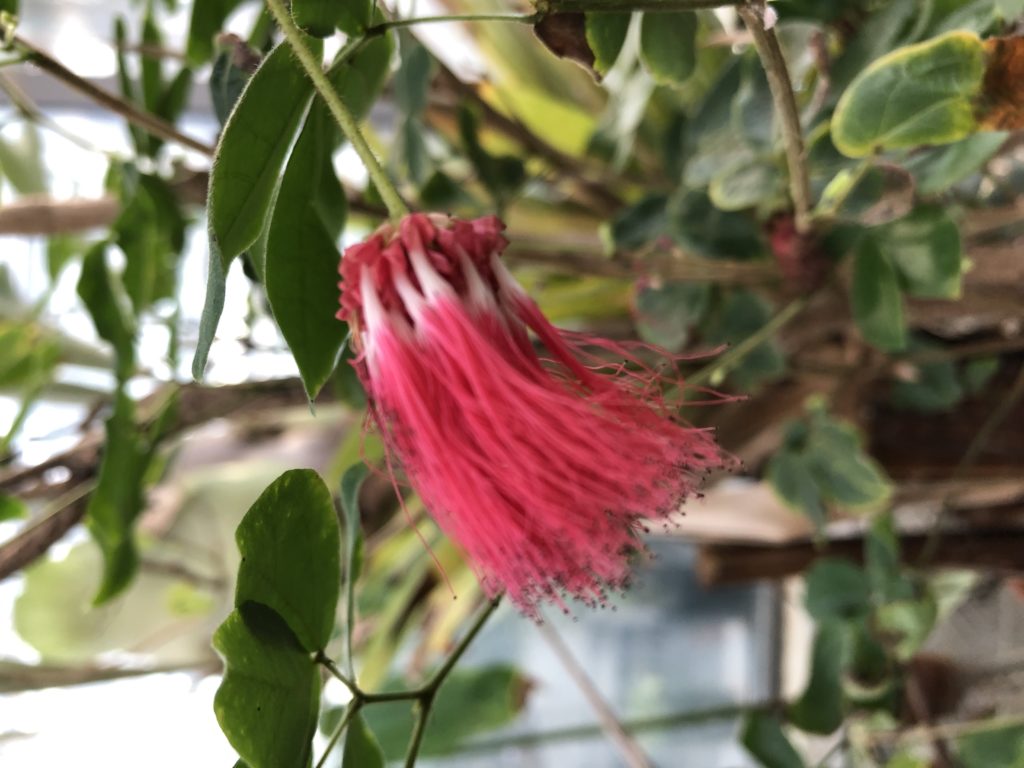 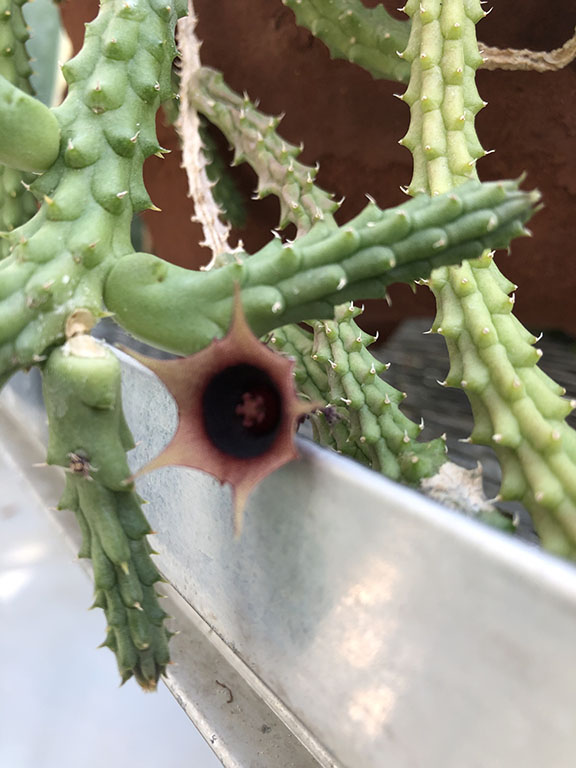 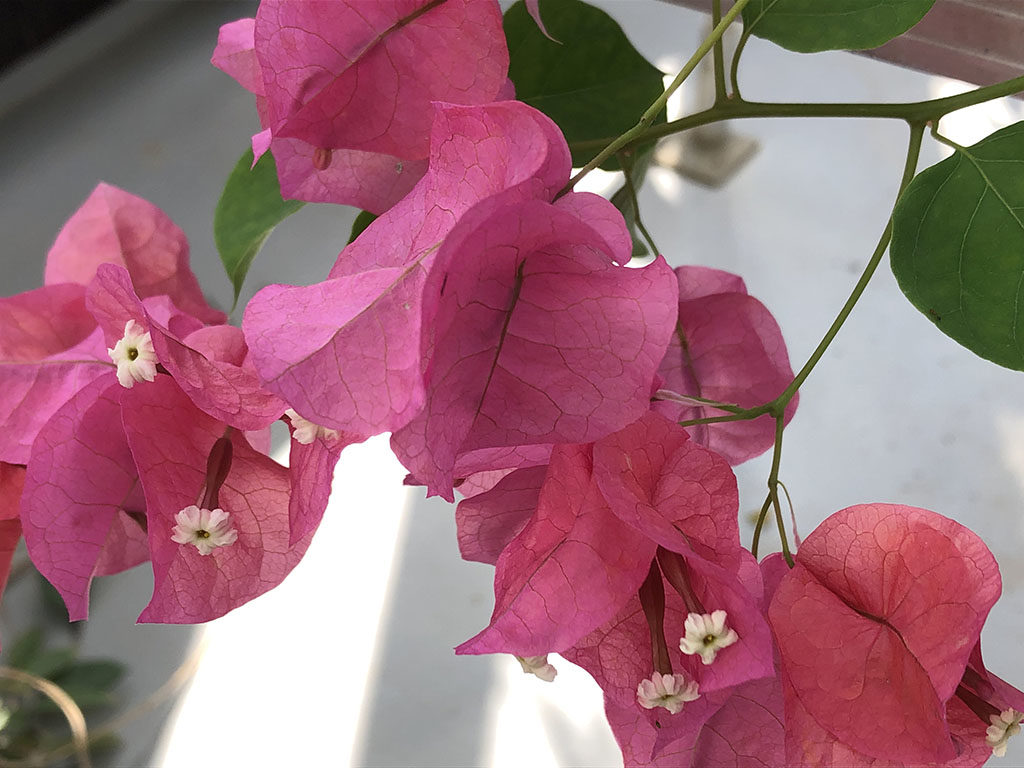