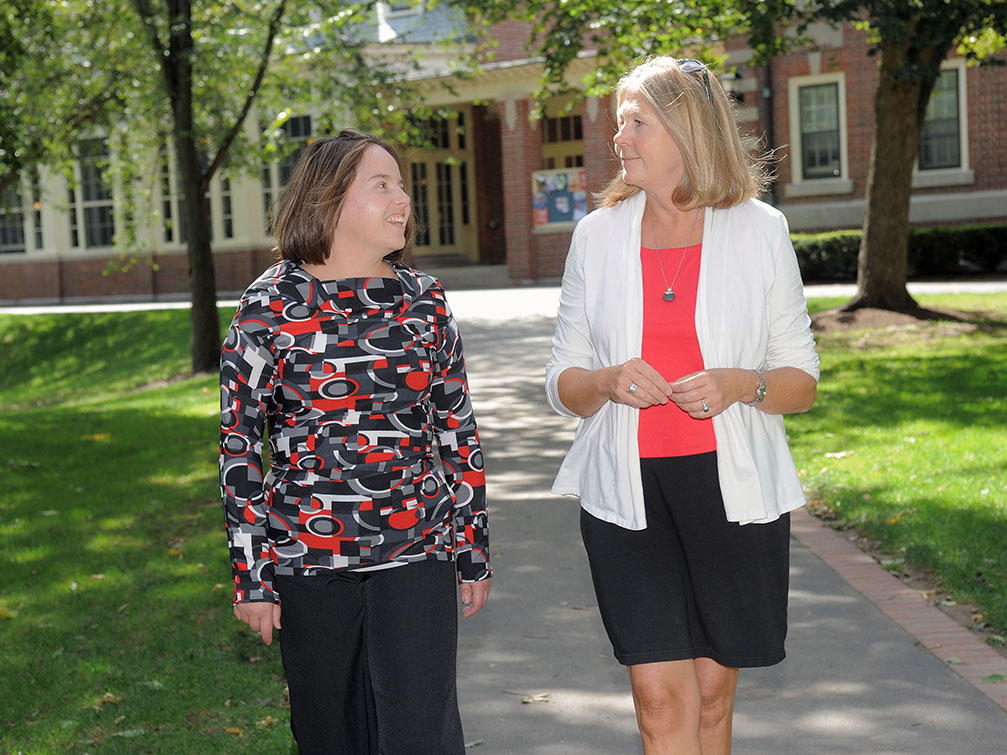 Sexual violence against women is most often caused by husbands and intimate partners, according to the World Health Organization , which estimates that nearly 30 percent of women worldwide have been physically or sexually assaulted by their partners.

Wheaton College professors M. Gabriela Torres and Kersti A. Yllö are in the forefront of a group of scholars who are working to break the cycle of violence in ways that take into account the myriad cultures in which it occurs.

Torres and Yllö convened and led the October conference “Marital Rape in Global Context: Social Suffering, Adverse Health Consequences, and Culturally Sensitive Intervention,” which brought together researchers and advocates from the Americas, Asia and Africa for a four-day engagement at the School for Advanced Research in Santa Fe, N.M. Santa Fe’s daily newspaper, The New Mexican, wrote about the gathering.

“It’s only in our [U.S.] legal context that we think consent is something that should be sought at every sexual act,” said Professor of Anthropology M. Gabriela Torres. “This is not a commonly shared notion across the world. We wanted to really try to understand, to what extent is there rape in marriage? It’s everywhere—so do people understand it as forced sex? And, more important, do they understand it as harm?”

The concept of marital rape as a crime is relatively recent. Professor Emeritus of Sociology Kersti Yllö’s first book on the subject, License to Rape: Sexual Abuse of Wives, written with colleague David Finkelhor, was published in 1985. Her scholarship helped lead to nationwide criminalization of sexual assault among married partners, which was achieved in 1993.

Sexual violence among intimate partners, however, is a global phenomenon, one that is embedded in cultures around the world. Professor Torres’s scholarship has focused on the role of governments in sanctioning this violence. In recent years, Torres and Yllö have worked together to study this topic in a global context, and the recent gathering in New Mexico reflects a continuation of this work. The pair organized a conference several years ago that led to the publication of Marital Rape: Consent, Marriage, and Social Change in Global Context, published by Oxford University Press in 2016. Similarly, the current workshops, supported by a grant from the Vera R. Campbell Foundation, will result in a new publication reflecting the contributions of the scholars involved.

The purpose of the seminar is to apply the insights of anthropology to developing practical strategies for enhancing women’s health and well-being, Torres said, noting that the sessions help to create a community of scholars working on the same subject.

“We hope this seminar will make concrete proposals for culturally appropriate interventions for the problem of sexual violence in marriage in a wide variety of settings,” she said.

For more information on the conference and this scholarly effort, you can read an article in the New Mexican newspaper about a public lecture held as part of the gathering.