Can you decode a hidden message in a photograph of playing cards to uncover a blackjack cheating scheme? Decrypt text messages from hackers looking to break into a government website? Untangle a message from a mysterious sheet of jumbled letters with color-coded arcs to stop a bioterrorist group?

Their quick-thinking and code-breaking acumen enabled the team of Wheaton students to earn second place among 49 teams of competitors from around the world.

“It’s very gratifying,” said Reed, who is double majoring in computer science and music. “I’m glad to have teammates who brought the skills and motivation to accomplish this. I surely couldn’t have done it on my own.”

For all three students, it was their second time participating in Kryptos, as they competed last year as a requirement of Professor of Mathematics Tommy Ratliff’s “Advanced Cryptography” course. They did not succeed in completing all three challenges, so this year decided to give it another go.

“We were hoping we could complete the entire challenge this time if we put our heads together,” Reed said.

The team faced a new obstacle this year: successfully working together despite not being in the same room.

“I’m very proud of us for this accomplishment, especially as we had to collaborate remotely, and doing this type of work together over Zoom isn’t something I’ve ever done before,” said van der Schaaf, who is double majoring in mathematics and international relations.

The Kryptos competition granted participating teams up to four days to decode the three challenges, but it took Guerra Rodriguez, Reed and van der Schaaf only seven hours.

The team met for an hour on Zoom to discuss strategies before tackling the problems. The first challenge, which involved fictional hackers trying to retrieve data from the U.S. Census, took the team 32 minutes to solve.

“I had a suspicion that the type of encryption was a substitution cipher, in which letters of the alphabet are replaced with glyphs. One piece of evidence that confirmed my suspicion was that there were 24 unique glyphs, just about the right amount to account for the entire alphabet. I generated an alphabet to replace each unique glyph with a letter of the alphabet, chosen arbitrarily. At that point the problem was easier to work with, in the format of a cryptogram—I just needed to determine which letters were substituted with which,” Reed explained.

Reed ended up taking advantage of an application that uses an algorithm to produce many possible substitutions and generates ones that contain mostly English words. He quickly found the right substitution and recovered the message.

Another challenge, involving the bioterrorist group, took the team four hours to complete.

Guerra Rodriguez, a mathematics and economics double major, said the three students were going to call it a night and complete the final challenge in the morning, but around 1 a.m. he had an inspiration to continue. He stayed up deciphering a photograph of playing cards and numbers, which contained a hidden message about a dealer in cahoots with blackjack cheaters. 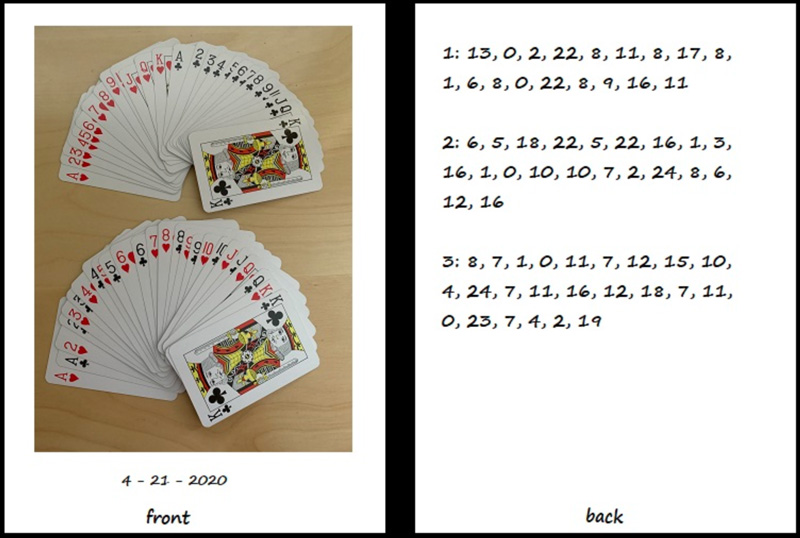 “I solved the third challenge on my own in 45 minutes. That made me feel like ‘wow,’ I’m proud of myself. I had the feeling of being fulfilled like I did my best, and my efforts paid off,” he said.

Professor Ratliff’s courses “Cryptography” and “Advanced Cryptography” helped prepare the students, both in specific technical approaches and techniques to use, as well as the framework for thinking about the problems, according to van der Schaaf.

“The cryptography courses definitely provided some essential skills. I also wrote some Python code to quickly process a large number of possible solutions to the challenge [regarding the bioterrorist scenario], applying some skills I picked up in my computer science courses,” Reed said.

Professor Ratliff said he was thrilled that the Wheaton students performed so well.

“It’s really impressive that they earned second place with 49 teams from all over the world competing. I think this is another reflection of the strong bonds that our students form at Wheaton because they were able to collaborate effectively even when they weren’t in the same place physically,” he said.

Guerra Rodriguez is currently living on campus due to travel restrictions related to COVID-19. He said the victory was an uplifting moment during this time.

“Even though the recognition is great, in a bigger sense what matters to me is that we worked very well, all far apart. It was the last time I could compete in this challenge, so it felt great,” he said.