Applied Ethics in the Hardest of Places by LTC Nathaniel B. Davis

Applied Ethics in the Hardest of Places by LTC Nathaniel B. Davis 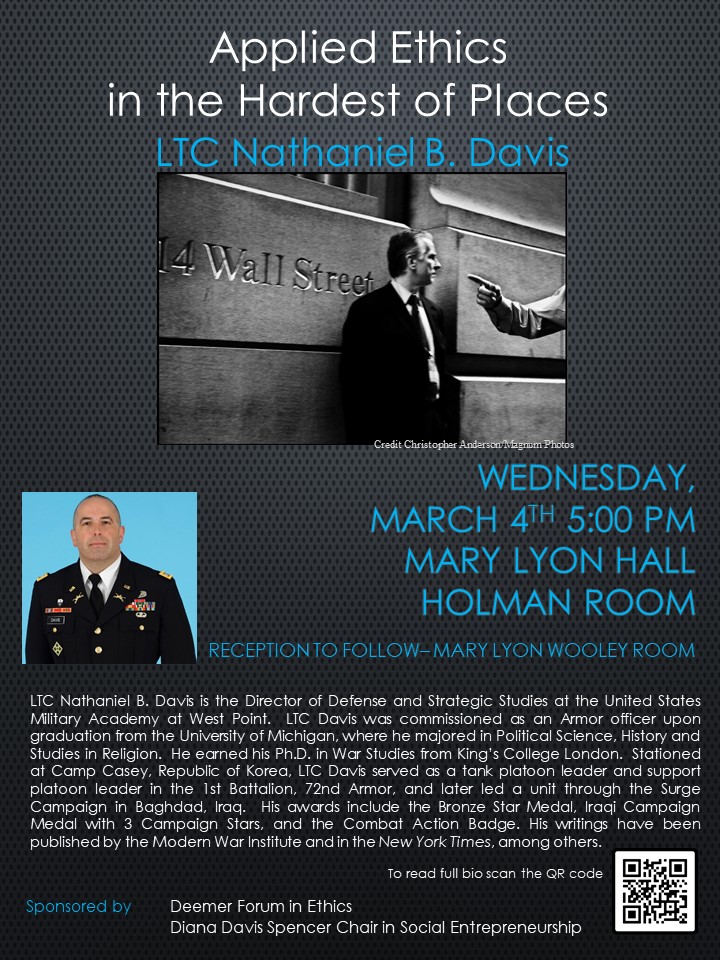 Despite the recent urging of high-profile figures like Pope Francis and Senator Bernie Sanders to establish a “moral economy,” we have not. Free-market advocates hold fast to justifications that amount to variations on the “invisible hand” theory of Adam Smith — that the economy is not a moral space, but one that relies on a free and fair market, self-interested (as opposed to selfish) actors and amoral (as opposed to immoral) calculation to arrive at the most efficient and innovative outcomes. The invisible hand of the market must be allowed to act; placing moral limits on the economy, they argue, would hinder this flourishing.

Humanity has tried to limit war on moral terms since Cicero first outlined the Just War Ethic, an effort that continues to this day. In war, the reversion to barbarism can be tempting in the heat of battle, and as passions and hatreds rise between peoples. However, even here, humanity has managed to place moral limits.  In the modern world, the Just War Ethic may seem like a distant abstraction; but its effects influence the relationship between war and society in profound ways. Michael Walzer, perhaps the most influential living philosopher of just war theories, articulated the importance of seeking to establish moral principles there: “War is the hardest place: if comprehensive and consistent moral judgments are possible there, they are possible everywhere.”

If we can seek to regulate war in terms of morality, there is no reason such morality cannot be equally applied to the economy, as Walzer indicates.  War is inherently unjust, but the Just War Ethic has made it more just. The economy is not moral, but a foundational ethics of the economy could make it more moral. The product of such ethics would be decidedly imperfect, but it would be better than no ethics at all.