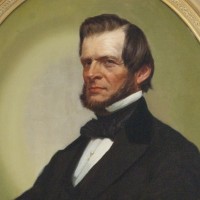 In his youth, Laban Morey Wheaton probably would have thought it a great joke if anyone suggested he would one day be instrumental in founding an institution of higher learning for women. His epicurean tastes, love of travel, and mischievous behavior dominate early anecdotes of his life.

What caused Laban Morey Wheaton to become the sort of man who carried in his pocketbook the maxims shown below? Several factors, such as his interest in business, his marriage to Eliza Baylies Chapin, and the early death of his sister, no doubt contributed to his maturity. His transformation was so thorough that he even prepared to bear the weighty responsibility of federal office, running for Congressman as part of the Liberty Party. 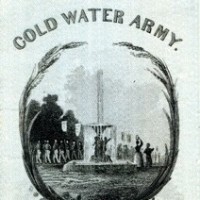 Although Laban Morey modified some of his behaviors under Eliza’s influence, such as joining the Norton Temperance Society, his spirit and humor remained untouched, as evidenced by his letters. He was even able to share his love of travel with his wife, touring the Midwest in the 1850s, and traveling to Europe in 1862 in an attempt to improve his health.

Upon his death in 1865, Laban Morey was regarded as an upstanding citizen of Norton, one who served his town, his county, and his state. He was remembered for his loving regard for his wife, his commitment to Wheaton Female Seminary’s success, and his numerous contributions to Norton. 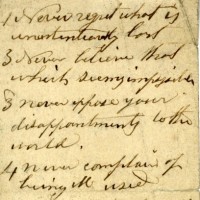 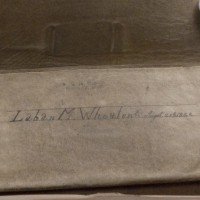