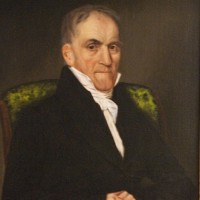 Following his graduation from Harvard University in 1774, Laban Wheaton started work as a preacher. When his health began to fail and his lack of passion for the ministry surfaced, Laban joined with another Harvard graduate in a business venture. While peddling did not prove successful for Laban, he would utilize his business education in the future with far more success. 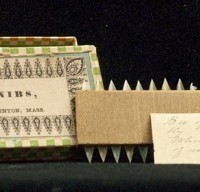 Laban’s third career choice proved to be a solid fit. A serious, austere man, Laban was successful as a lawyer. He was appointed Justice of the Peace for Bristol County multiple times, and served as county judge in two different land courts. In addition, his reputation and favorable status in the community helped elect him to the United States Congress in 1809. Little is written or known of his service, although h

is colleague William Bentley reflected in his diary that Wheaton had “an austere temper but of no other qualifications for a leader.” 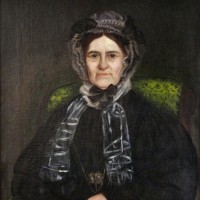 Settled in his career, Laban turned his focus to more personal matters. At the age of 40 he married his double cousin, Fanny Morey. About Fanny Morey little is known. At the time of their marriage, she was 30 years old. The union produced four children, but only two survived to adulthood. The eldest of the two, Elizabeth, became the favorite child of Judge Wheaton. 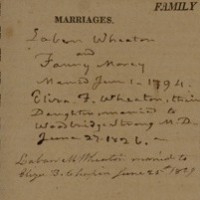 One event in his retirement changed Judge Wheaton dramatically. This was the religious rebirth he experienced at the age of 75 following an evangelical revival in Boston. His new religious fervor found its equal in that of his daughter-in-law, and perhaps predisposed the judge to consider more seriously her suggestion to establish a living memorial to his deceased daughter.