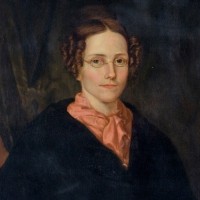 Much has been written of the dynamic force that was Eliza Baylies Chapin Wheaton. This particular reflection is intended to focus on Mrs. Wheaton as a young married woman, as she was when Wheaton Female Seminary was founded, as well as provide a glimpse of her life as it was prior to her husband’s death. 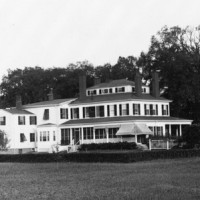 Eliza Baylies Chapin joined the Wheaton family on June 25, 1829. Newly graduated from The Young Ladies High School in Boston, she was swept into the newly built home in Norton to begin her married life. Eliza’s attendance at The Young Ladies High School, as well as her previous enrollment at Uxbridge Academy, laid the foundation for her later advocacy of women’s education. 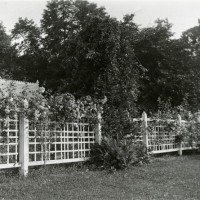 Throughout her marriage, Mrs. Wheaton’s focus was on her husband and her home. She attended to Laban Morey’s needs, and worked tirelessly to make her home comfortable. Although the Wheatons employed servants, Mrs. Wheaton swept floors, kept bees, gardened, and mended cloths. As the owner of a thriving dairy herd, she also tended the milk and cream, and churned butter (not one of her favorite chores) when no servant was available.

While mending was one of her many chores, Mrs. Wheaton did enjoy sewing for pleasure. She was an early owner of a sewing machine. Like many of her contemporaries, she even attempted to raise silkworms, in her carriage house. Although she never made enough to weave, as she intended, a small skein of her silk floss survives. 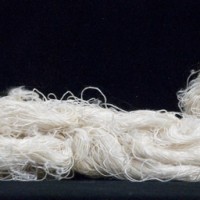 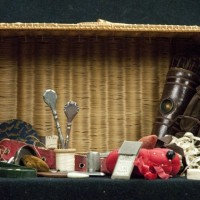 Mrs. Wheaton took pleasure in the company of animals, and almost always had a pet dog. In an 1848 letter to Mr. Wheaton while she stayed in Brooklyn for medical treatment, Mrs. Wheaton wrote extensively of an unusual encounter with a dog, which followed her through the busy streets. The horses that Mr. Wheaton took such pride in provided the couple with hours of enjoyment as they drove around the countryside. 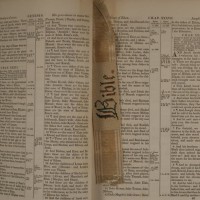 To Mrs. Wheaton, ‘home’ also meant the town of Norton. Her diary entries reflect the constant motion of her life. She was active in town, a founding member of the Trinitarian Church and a Sunday school teacher. Her neighbors were not strangers; Mrs. Wheaton frequently visited with and entertained many families in Norton. Mrs. Wheaton donated often to charitable institutions that benefitted the poor, in addition to the donations she made personally. She was part of the Harmony Circle, a social group, as well as an active temperance supporter. 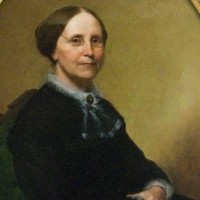 Mrs. Wheaton’s character can be summed up in the words of one who knew her:

“But that which was the keynote of Mrs. Wheaton’s character was her loyalty to her Master. … The more closely one knew her, the more clearly one saw the reality and beauty of her faith.”
– Miss Frances Vose Emerson, Class of 1872, from a statement in 1906