The Founding of Wheaton Female Seminary

When Miss Lyon was first contacted by Laban Morey Wheaton, she was teaching at Ipswich Seminary. She had already begun work on her own project. She therefore declined the offer to be principal of the planned Wheaton Female Seminary. However, Miss Lyon was a true educator and a passionate advocate for female education. She did not simply decline the offer; she helped Wheaton Female Seminary become a success. She recommended the colleague she was already planning to take with her to her own seminary: Eunice Caldwell. Miss Lyon also offered to serve as a consultant.

In that role, Mary Lyon devised a set of governing rules and drafted the first curriculum for Wheaton Female Seminary, both of which she sent to the Board of Trustees. In order to make communication more effective, Miss Lyon resigned from Ipswich Seminary and based her activities in Norton, where she spent most of 1835 alternately fund-raising for her own school and assisting Miss Caldwell in Norton.

To learn more about Mary Lyon’s life, both prior to and after her involvement with Wheaton Female Seminary, visit the Wheaton College history website. 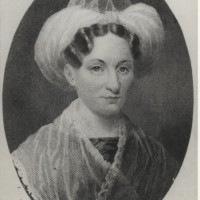 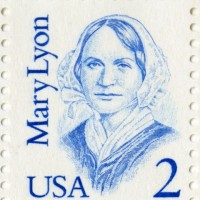