The Founding of Wheaton Female Seminary 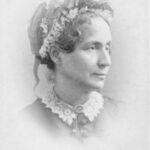 Handpicked by Mary Lyon at the age of 24 from among her colleagues at Ipswich Female Seminary, Eunice Caldwell became Wheaton Female Seminary’s first principal. During her first year, Miss Caldwell boarded with Laban & Eliza Wheaton. A friendship blossomed between the women, which would continue for the rest of their lives.

In the fall of 1837, Miss Caldwell left Wheaton to teach with Mary Lyon at Mount Holyoke Female Seminary. The Wheaton family apparently knew nothing of Caldwell’s 1834 agreement to follow Lyon to South Hadley as the assistant principal. Wheaton Seminary and the Wheaton family were devastated. Eliza and Laban both lobbied energetically for her return. In a letter to Eunice Caldwell dated December 2, 1837, Eliza pleads,

“Will you not, my dear Friend, say that you will turn to this Institution? O this is a question of vast moment and I do feel that upon your decision hangs the future destiny of this Seminary.” 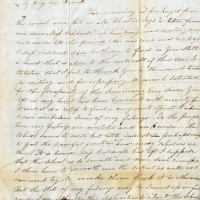 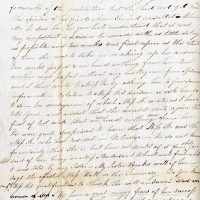 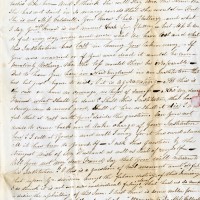 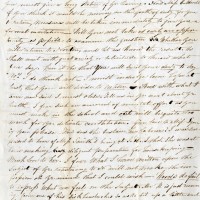 Although she did not return to Norton, it is probable that Miss Caldwell would have soon left Wheaton not long after she actually did. Less than a year after leaving Wheaton, Eunice Caldwell married Rev. John P. Cowles and moved to Ohio. They later returned to jointly oversee Ipswich Female Seminary.

Although her tenure at Wheaton Female Seminary was brief, Eunice Caldwell Cowles was effective and dearly missed by her students. Despite the turmoil she left behind, no animosity existed between Mrs. Wheaton and Mrs. Cowles, as evidenced by their lifelong exchange of letters. Mrs. Wheaton relied upon her for advice about the Seminary, and it is clear that Mrs. Cowles influenced the decision in 1889 to delay admission of alumnae to the Board of Trustees (until 1896). Furthermore, Mrs. Cowles was invited to speak at both the 25th and 50th anniversary celebrations of Wheaton Female Seminary.