The Historical Style of the Wheaton Casavant

by William A. MacPherson, College Organist

The pipe organ is both a grand, glorious musical instrument and a complex, finely tuned machine. Each instrument is unique, custom-built for its intended use and its physical and acoustical space. Part of the challenge for the performer is that organs come in different sizes – ranging from a few dozen pipes to many thousands, and from one keyboard to a half dozen or more – and that the palette of tone colors available can vary widely from one instrument to another.

There are many national and historical styles of pipe organ design. North German organs, for example, are different from those of South Germany. French organs are different than German, English, Italian, or Spanish instruments. 19th-century French organs differ from those of the 18th century. Instruments that are more than a century old usually manifest the characteristics of the time and place in which they were built.

In the first half of the 20th century, however, and for the first time in the history of organ design, organists and musicologists in Germany looked consciously to the past. This Orgelbewegung (literally, “organ movement,” often rendered in English as “organ reform movement”) was, first of all, one aspect of a generally increasing interest in “early music,” such as that from the Renaissance and Baroque periods. Organists were also reacting against the symphonic organs of the late 19th century, and they wanted to recreate what they envisioned as an ideal instrument for the performance of Baroque music, Bach’s in particular. And before the 1940’s and the destruction of WWII, many such instruments still existed as models for “organ reform.”

Basic principles of the Orgelbewegung included: (1) Placing the pipes in a shallow case that reflected sound directly down the length of a church’s nave. (2) Grouping the stops in independent divisions of equal importance, each of them acting as a small organ within the complete instrument (the Werkprinzip, in German). (3) Placing the divisions within the case in distinct spatial locations that are visually apparent in the case design. (4) Connecting the keys to the windchests (the boxes of pressurized air on which the pipes sit) via mechanical linkages rather than electrical switching. (5) Creating a tonal design, using clear sounding stops and low wind pressures, that provides the requisite transparency for Baroque music.

As it turned out, the Orgelbewegung became the single most important influence in mid-20th-century organ building. It caught the attention of a few American builders in the 1930’s, -40’s, and early 50’s. The eminent Boston firm of Aeolian-Skinner, for example, guided by its president and tonal director, G. Donald Harrison, began to include some lighter, brighter stops and even entire Baroque-sounding divisions on their “American Classic” instruments. But it was not until the late 1950’s and early 1960’s that builders began to more thoroughly adopt organ-reform principles such as mechanical action and the Werkprinzip.

The designer of the Wheaton organ, Lawrence Phelps (1923-1999), a Massachusetts native and graduate of New England Conservatory, apprenticed with Harrison in the late 1940’s and also with Walter Holtkamp Sr. of Cleveland, OH, whose firm had built some Baroque-style instruments as early as the 1930’s. Phelps returned to Boston in 1949 to design and supervise the construction by Aeolian-Skinner of the 13,389-pipe, 8-division organ in the Christian Science Mother Church. Two of its divisions, the Hauptwerk and the Positiv, are Baroque in style and in name.

Phelps felt strongly that American builders should more fully embrace the principles of organ reform. His appointment as tonal director at Casavant Frères in 1958 gave him that opportunity. During his tenure there he built dozens of mechanical-action instruments, inspired by German or French styles. The Wheaton organ (1969) is Casavant’s Op. 3025 and represents Phelps at his peak. Other than the installation of a modern combination action, the Cole Chapel organ is in its original state, as it left the Casavant shop. 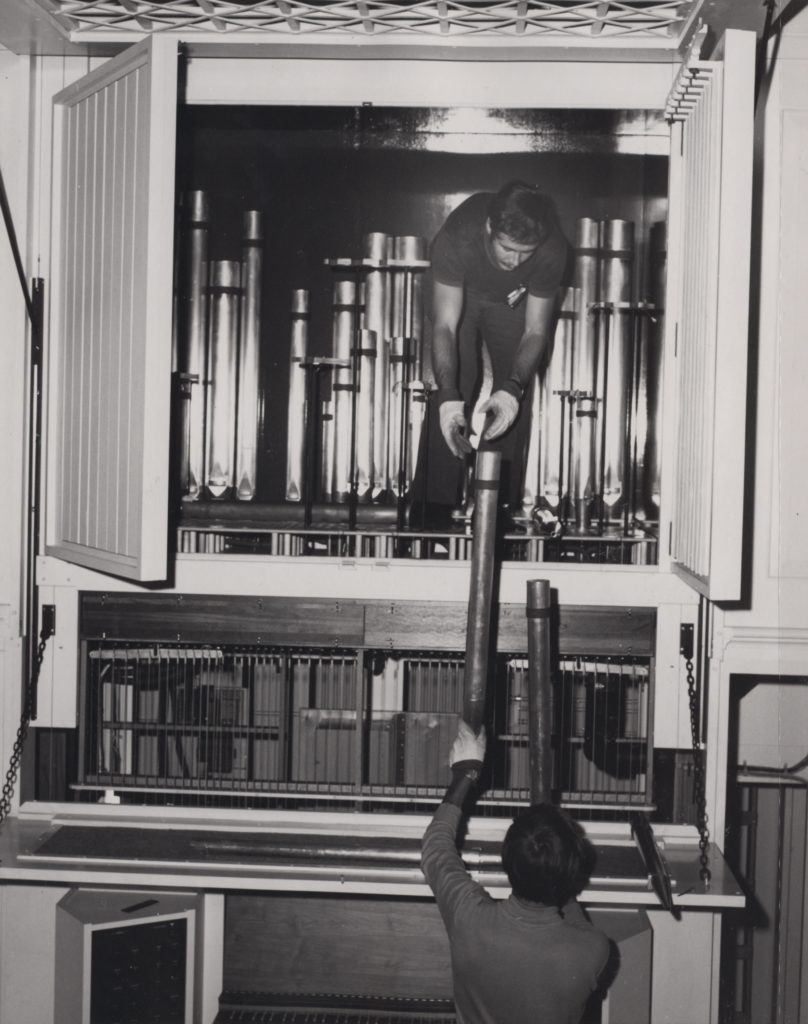 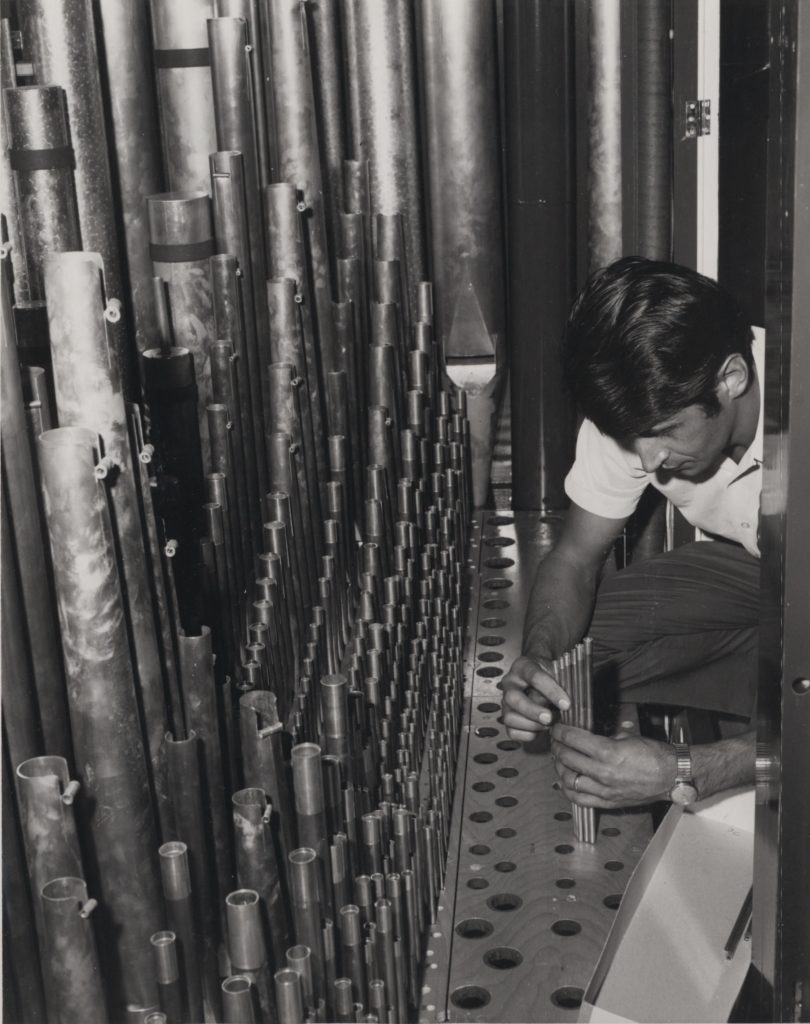 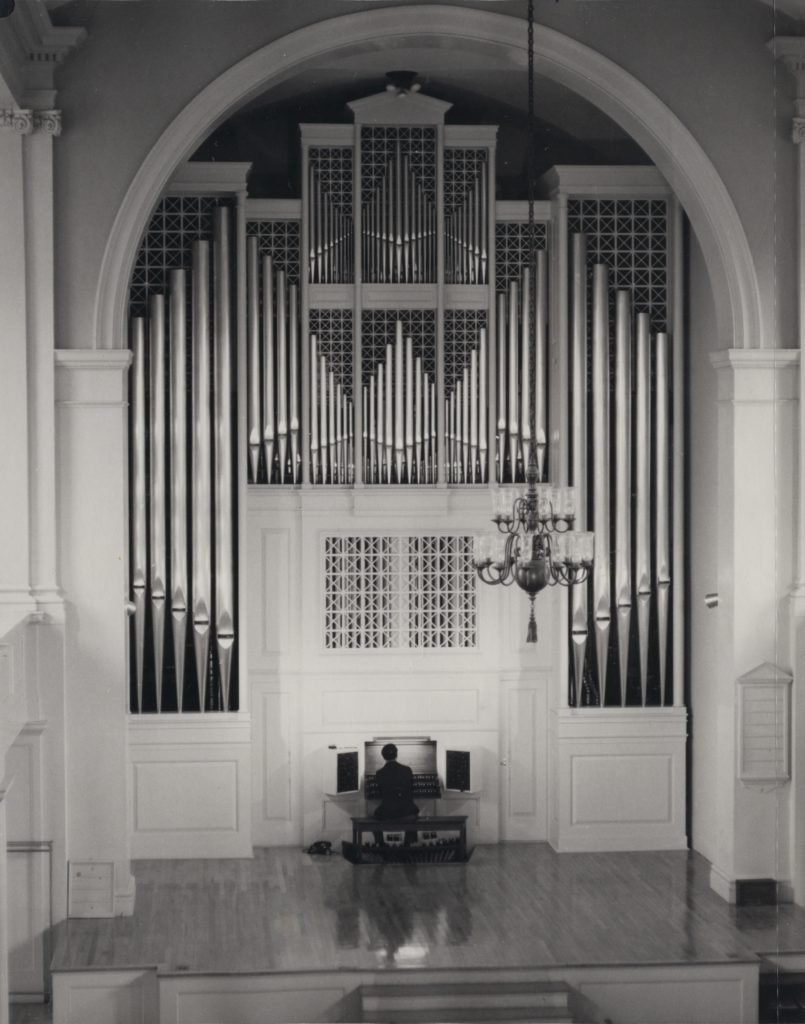