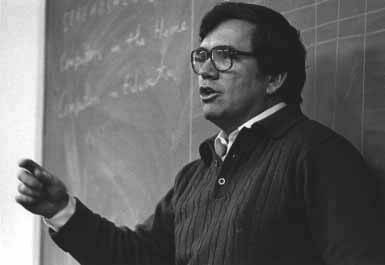 In 1979, Fred Kollett came to Wheaton College where he shared his considerable talent in mathematics and computer science. Using this knowledge he was instrumental in developing a modern computing center for faculty and students.

Fred was an Associate Professor and Director of the Computer Literacy Program at Wheaton from 1979 to 1985. He directed the evolution of academic computing at the college, concentrating on services to faculty and students. In partnership with the mathematics department, he introduced the computer science program and various computer science courses.

In the summers of 1983 and 1984, Professor Kollett directed the Faculty Development Institute, a four-week institute at Wheaton designed to prepare mathematics faculty members to teach computer science courses, and in the summers of 1987 and 1988, he co-directed one-week summer institutes on computer-aided instruction in biology.

Until 1997, Fred had served as a full professor and Director of Wheaton’s Academic Computing Center, which he founded.

Fred Kollett’s vision of humanistic technology led Wheaton into the computer age. He created a strong foundation for the future growth of faculty and students alike. Fred’s legacy lives on and he is truly missed by the Wheaton Community.