The Department of Political Science at Wheaton College seeks to educate its students about the past, present, and future of political life in this country and around the world. In so doing, we aim to empower students to become informed citizens who are able to think critically and speak confidently about the pressing problems and possibilities facing us as political actors today.

Our faculty members, all of whom are committed teachers and scholars, lead wide-ranging and intellectually engaging courses about the ways politics, power, and government are experienced in their various social, historical, cultural, and institutional contexts.  These courses are not only designed to help students learn about issues ranging from public opinion, democracy and revolution, international relations, political development, and public policy; they also enable students to learn how to develop sound arguments, collect and present evidence, read carefully, and write critically.

Ultimately, Political Science and International Relations majors develop the knowledge, skills, and confidence they will need to think deeply, speak assertively, behave ethically, and act courageously in a political environment that desperately needs such thought, speech, and action.

Discipline Knowledge: Graduating students who have had exposure to the core subfields of the disciple, and who thereby have a working knowledge of the basic theories and debates in the discipline, as well as opportunities to explore areas that cross traditional subfield and disciplinary boundaries.

Civic Education: Graduating students who can be competent citizens capable of understanding domestic and foreign issues, evaluating policy proposals, and making educated choices in elections and other forms of participation in political life.

Critical Thinking: Graduating students who are capable of reading challenging material critically by identifying arguments, understanding research methodologies, evaluating evidence, and assessing whether stated conclusions are based on evidence or ideology.

Writing Clearly and Cogently: Graduating students whose writing demonstrates sound grammar and syntax, whose writing reflects their ability to organize and make an argument and support it with evidence; who understand the different expectations for formal and informal writing, who can synthesize material clearly and briefly and write persuasively and elegantly when called upon to do so.

Oral Communication: Graduating students who are capable of speaking in complete sentences when engaging in face to face communication with others; who function well when communicating orally with a small or large group of peers, colleagues, or officials; and who appreciate cultural differences in speech and body language.

Numerical Literacy: Graduating students who can read and correctly interpret numerical data whether it is presented in narrative, tabular or graphic form, whether it is delivered in raw numbers, percentages or index numbers.

Global Awareness and Cultural Sensitivity: Graduating students for whom the world is not a strange place; who are prepared to engage in transnational and cross cultural contacts; and who appreciate and can critically assess global interdependence whether economic, political, or cultural. A major in international relations raises awareness and appreciation of the transnational and international links among countries, economies and populations.
Learn More 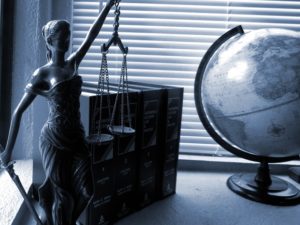 The legal studies minor defines an area of study within the liberal arts. It includes courses that examine legal institutions from a humanistic or social science perspective.
Learn More 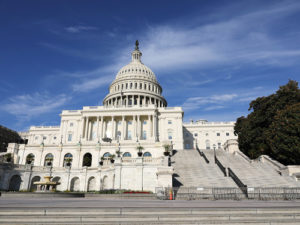 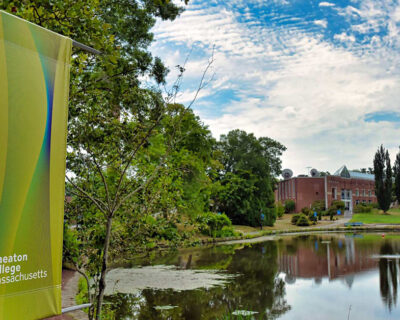 Changing the world for the better requires new, compelling ideas and a plan to manifest them. Wheaton students are helping provide those tools—and developing their own actionable ideas—as the key organizers and participants of the second annual Social Impact Conference, scheduled for April 28 to 29 at the Diana Davis Spencer Discovery Center. 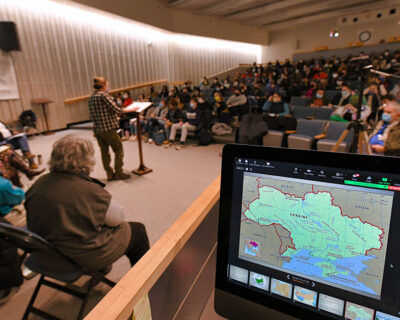 The Russian invasion of Ukraine is stirring much confusion, sadness and outrage—as well as raising questions as to what is setting off these historic series of events. The Wheaton community is finding constructive ways to better understand, process and respond to the unfolding tragedy through various campus events and initiatives led by students, faculty and staff. 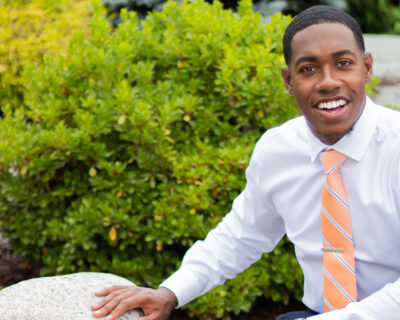 A new voice in local politics

Shamar Mahon ’20 is gearing up to make a difference at the local level. The alum recently was elected to the Bloomfield Town Council.

While current institutions are not supporting victims of trafficking in many ways, they are key in trying to decrease trafficking rates.

Great Powers Manipulating Norms: US, Chinese and Russian Approaches to the Responsibility to Protect

Far too often, powerful states’ narrow political and economic interests override the call to protect civilian populations outlined by the Responsibility to Protect.