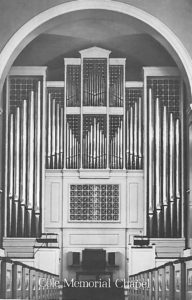 The year 2019 marks the 50th anniversary of Wheaton’s Casavant Organ.  We invite you to celebrate this marvelous instrument by attending our anniversary celebration events and by supporting the maintenance of this instrument into the future.

Keep the Casavant Singing: Your donations are welcome!

Throughout 2019, Wheaton’s Music Department is pleased to host a of series of events showcasing our magnificent Casavant Organ.

College Organist William A. MacPherson celebrates the composer’s 334th birthday with music by both J.S. Bach and Dieterich Buxtehude.

Christian Lane is one of America’s most accomplished, respected, and versatile concert organists and pedagogues.   Winner of the 2011 Canadian International Organ Competition, and director of the Boston Organ Studio, Lane performs regularly throughout the United States and Europe.  Notable venues include St. Patrick’s Cathedral (New York), St. Paul’s Cathedral and Westminster Abbey in London, and Washington National Cathedral.  Free tickets may be reserved online through the Box Office.

Organist Kevin Birch performs a recital of Baroque and pre-Baroque music, including pieces by J.S. Bach.  Birch is Music Director at St. John’s Catholic Church in Bangor, Maine, and is on the faculty of the University of Maine, Orono.  He has performed throughout the United States, Europe and in South America. Highlights include the International Organ Festival in Berlin, the dedication concert for a new Metzler organ in Auenstein, Switzerland and programs for several national conventions of the Organ Historical Society.

The Wheaton Chorale and Chamber Singers celebrate music of varied cultures and time periods, under the direction of Tim Harbold. This year’s concert features music from Wheaton’s Vespers of 1969, the first choral concert accompanied by the Casavant Organ. The concert is free to the public, but donations are gratefully accepted.

A Brief History of the Wheaton Casavant Organ

By the 1960s, Cole Chapel’s original Hook & Hastings organ was in poor shape.  Upon joining the faculty in 1963, College Organist Carlton T. Russell began to research alternatives, laying the groundwork for the acquisition of a new instrument.  In the spring of 1967, the Lincoln and Therese Filene Foundation, Inc. donated $100,000 to the college endowment campaign, in honor of Catherine Filene Shouse, Class of 1918.  With this gift and other donations, and under the supervision of Prof. Russell, the College purchased a 39-stop mechanical-action organ from Casavant Frères, Ltée of Montreal.  The organ was installed in the chancel and inaugurated on December 7, 1969.  Events that day included a 4:00 pm inaugural recital by renowned organist Donald Willing, followed at 8:00 pm by Wheaton’s Christmas Choral Vespers. 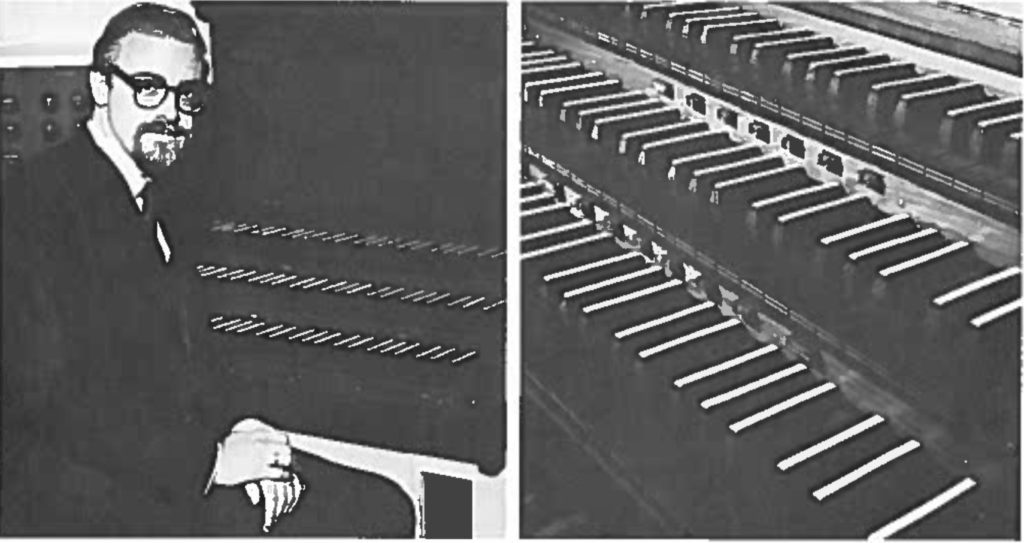 Since its installation, the Wheaton Casavant Organ has graced recitals, religious services, concerts, and convocations for 50 years.

College Organists during this time have included Carlton T. Russell (1963-2005) and William A. MacPherson (2005-present). 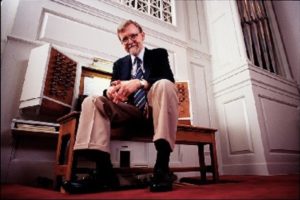 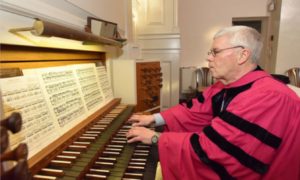 To continue Prof. Russell’s legacy of support for the organ, his wife Lorna established, on the occasion of his retirement in 2004, the Carlton T. Russell Organ Fund.  The fund has been generously supported by alumni, faculty, staff and friends, in honor of Prof. Russell and in recognition of the ongoing expenses of maintaining a grand pipe organ, which only grow as an instrument ages.

In celebration of the 50th anniversary of the Casavant Organ, we invite you to donate generously to the Russell fund, ensuring that our beloved Casavant Organ will continue to sing gloriously into the future.

Contribute here: Your donations are welcome!